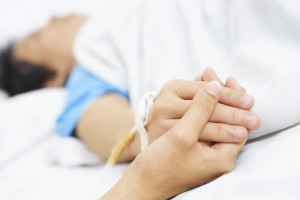 West Kelowna resident Gloria Taylor is suffering from Lou Gehrig’s disease.  As the disease progresses, Gloria will become more and more paralyzed.  She will become bed ridden and unable to move.  She will die when the muscles required to sustain life, such as for breathing, fail.

There will be severe pain, such as from her internal organs pressing against her spine once the muscles holding them in place fail.  Perhaps the worst part is that she is likely to be fully aware of and feel what is going on right through to her last, gasping breath.

Gloria wants to be able to end her life at the point when living becomes a living hell.  By that point, though, she will no longer be physically capable of committing suicide.

Suicide used to be, but is no longer, illegal in Canada.  Assisted suicide continues to be a criminal offence.  Unless section 241 of the Criminal Code is done away with, or changed, anyone assisting Gloria with her choice to end her life will be subject to criminal prosecution.

Allowing assisted suicide arguably opens the door to the abuse of the elderly, disabled, and people who may worry about being a “burden to society”.   It could be the “thin edge of the wedge” leading to helping death along for selfish reasons, rather than to end suffering.

Perhaps section 241 could be replaced with new legislation that is carefully drafted to give folks like Gloria the choice of a merciful death while protecting against abuse.  Perhaps it should stay the way it is, and has been since long before situations like Gloria’s were contemplated.

Unfortunately, there has been insufficient political will to wrestle with these issues.  Why not?  For one, it is one of those minority rights issues that impacts on the lives of only a small number of voters.  Two, the issue could cost an election because many voters are members of churches that believe assisted suicide is sinful.  That, and it is one of those “hot button” emotional issues.

It takes a government more concerned about the good of the people and less concerned about winning the next election to take on issues like this.  I hate politics.  I hate that the marketing machine brought into play at election time can stifle good things from happening.

I am not offering an opinion of what should happen with section 241, if anything.  I am saying that whether or not something should happen with 241 ought to be a matter of public policy reviewed and researched and then decided by our elected leaders.

This has all played itself out before.  In 1992, Sue Rodriguez, who also suffered from Lou Gehrig’s, sued the Government in almost identical circumstances.  She lost her case at trial.  She appealed her case all the way up to a 9 judge panel of the Supreme Court of Canada.  She lost by a narrow majority of 5 to 4.

Sue managed to find an anonymous physician to risk criminal prosecution and assist with her suicide.  An NDP member of parliament, Svend Robinson, took the principled step of witnessing the event.

Whether or not Gloria will be able to lawfully get the assistance she needs to end what inevitably will be a living hell should not be decided on the basis of legal arguments to determine whether one piece of legislation is so contradictory to another piece of legislation that it ought to be struck down.

In my view, our federally elected leaders should step up to the plate right now and do the work they should have done years ago.  Perhaps invite the lawyers arguing the lawsuit to make their submissions to Parliament.  Perhaps strike a commission to thoroughly review the matter.  However it is done, they should carefully consider the matter and make a principled decision.

The reality is that the government can trump the Supreme Court of Canada anyway, even if Gloria is legally successful, by invoking something called the “notwithstanding clause”.