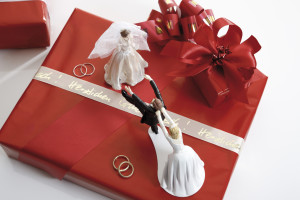 Every once in a while, I feel compelled to write about a legal issue that has nothing to do with car crashes. I just can’t help myself. The topic that caught my attention this time is the polygamy charges against Winston Blackmore and James Oler, two members of a polygamous sect in Bountiful, British Columbia.

The topic gives rise to a number of interesting issues that could keep me going for weeks. Why is polygamy prohibited under our Criminal Code? How does the rest of the world view polygamy? Why are charges being laid now when these men and others have been openly polygamous for decades?

Section 293 of the Criminal Code says: “Every one who practises…any kind of conjugal union with more than one person at the same time…is guilty of an indictable offence and liable to imprisonment for a term not exceeding five years.” (The elipsis represents words I’ve removed for ease of reading. Check it out on- line if you want to see the complete section.) That prohibition has existed since our Criminal Code was enacted in 1892.

On the one hand, I scratch my head about why polygamy is a criminal offence. Three or more adults can live together in a loving and supporting relationship with each committed to the other in a manner that’s just as strong as any marriage. Some might find that immoral. Some might find it offensive to their particular religious leanings but should it be prohibited?

Or worse, should it be a crime where each of these adults could face a potential prison term of five years?

Back when our Criminal Code was enacted, polygamy was probably prohibited because of religious objections. Now, the main objection is a recognition of how polygamy allegedly leads to the exploitation, sexual and otherwise, of women and girls. If polygamy showed its face in our society only in middle-aged men and women choosing to join together and form a conjugal union, with no children involved, what would we care? So if it’s not polygamy itself that we condemn, why is it under attack?

Those two men from Bountiful have not been charged with statutory rape or any other offences related to sexual activity with girls. Nor have we chosen to enforce, or enact for that matter, laws that might deal with the exploitation, generally, of women and girls. No, we choose to deal with the issue by charging these men with a very out dated criminal offence. That seems ridiculous to me.

What will the government do if the charges are not thrown out by a judge because they offend these two men’s religious freedoms under the Charter of Rights? Will charges then proceed against all the men with multiple wives, as well as against all the wives who are equally as guilty under the Criminal Code? And what will happen to all the children? Imagine the child custody issues that would arise if the government was able to use this archaic criminal provision to rip these families apart.

Do you know what criteria were used in the decision about whether or not to proceed with the charges? It wasn’t whether or not polygamy itself should be criminal and it wasn’t the seriousness of the social harms that might grow from polygamy. It was whether or not the criminal charges were likely to be enforced by a court in light of the Canadian Charter of Rights and Freedoms.

Our judges weren’t hired to make social policy. They were hired to apply the law that we give them to apply. Let’s ask our politicians to show true leadership, toss out the old, archaic laws and create some new laws that get at the true evils, while leaving consenting adults who are causing nobody any harm to anyone well enough alone.