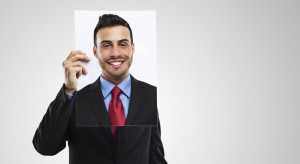 A judgment released May 10, 2013, following an eight day Supreme Court of British Columbia personal injury trial, reminds me of the saying: “A man who is his own lawyer has a fool for a client”.  The decision reads like a train wreck.

Marko Jurisevic was claiming compensation for injuries he sustained in three separate car/bicycle collisions.  He had commenced three separate lawsuits, which is entirely appropriate, and they were all scheduled to be heard at the same time, which is also a common practice.

The “train wreck” was that the judge, Madam Justice Kloegman, didn’t get to the part where she would assess the significance of Mr. Jurisevic’s injuries and losses and require financial compensation.  She dismissed Mr. Jurisevic’s claims in all three lawsuits.  In two, she found Mr. Jurisevic to be the one at fault, not the motorists he sued.  The third was dismissed on Mr. Jurisevic’s technical failure to properly name the driver he was blaming for causing that collision.

Instead of being compensated for his injuries, Mr. Jurisevic is going to be facing a costs bill of 10s of thousands of dollars, payable to ICBC.

Self-representation in our court system is a problem, and the saying I quoted at the beginning of this column is rarely applicable.  Most people facing the courts without representation do so not because of any foolishness, but because they cannot afford the horrendous expense of hiring a lawyer.  That lack of legal representation results in horrendous inefficiencies in our justice system as well as unjust results.

The “fool” label applies in the situation of a lawyer, financially able to afford legal representation, who represents himself in his own lawsuit.  I have not made my comments gender neutral because of course a woman lawyer would not be so foolish.

I am thankful to Madam Justice Kloegman for being so clear in her reasoning, which relieved me of my concern about unfairness.  By the way, I encourage anyone who is shocked or appalled by a media description of a court decision to read the judge’s actual reasons for judgment.  You will learn something.

The reasons for judgment include a section where the judge assessed Mr. Jurisevic’s credibility, and found it lacking.  It had to do with video surveillance footage which, for honest and forthright victims, always helps prove rather than hurts their claims.  Mr. Jurisevic was clearly not an honest and forthright victim.  Madam Justice Kloegman’s words:

“I found the use of a walker by the plaintiff as he entered the office of Dr. Pyper for an independent medical examination requested by the defendants to be particularly revealing. The surveillance tape shows him striding from his house to his truck, carrying a walker, lifting it above his head with ease and smoothly swinging it into the truck, jogging across the road back to his house, returning to the truck and climbing into it. Yet when he arrived in the truck at the appointed location, he purported to need it to walk up the path to the doctor’s office.”

In the end, the “fool” label does apply in this case.  With or without a lawyer, your personal injury case is going to be a train wreck if you are not honest and forthright to all involved.  And good luck finding a lawyer willing to take on a claim that has become a train wreck because of your own dishonesty.

Go to the Supreme Court of British Columbia website, choose the button “Judgments” and search using “Jurisevic” and you can access the decision yourself.

Published May 23, 2013 in the Kelowna Capital News