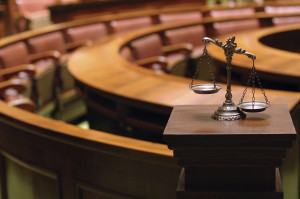 Most trials in B.C. Supreme Court start on a Monday. The lawyers find out who the judge will be on the Friday before. In an ideal world, that would be an irrelevant piece of information.

Ideally, no matter which judge presided over a trial, exactly the same rulings would be made and exactly the same verdict would be delivered at the end. But it’s not an ideal world. Judges are human beings and each judge grew up differently, went to different schools, has had different life experiences and different legal practices.

Moreover, a judge who had the personal experience of having been injured in a car crash and struggling through an insurance claim will look at a personal injury case differently than a judge without that experience.

It is standard practice for lawyers to research the appointed judge. That research might include reading that judge’s previous judgments. It might also include talking with other lawyers who have appeared before that judge or who have some inside knowledge about the judge’s history. That background history could assist the lawyers with last minute settlement decisions.

If a judge is perceived to be less favourable to the defence for example, the insurance company adjuster might decide to settle the case. That history could also assist the lawyers with decisions about how to run the trial.

If a judge has the life experience of chronic pain, for example, the plaintiff’s lawyer won’t need the evidence intended to give the judge a clear picture of how chronic pain can impact a person’s relationship. As a plaintiff lawyer, I don’t have access to the vast database within ICBC that contains the personal injury claims history of a judge.

How about if it is a jury trial. Would the adjuster look up the eight members of the jury to find out their claims histories? We don’t get to pick our judges. They are appointed to our cases. We do, however, have some choice with a jury. Our local court registry provides the lawyers with a list of the prospective jurors on the Friday before a trial.

Would an adjuster breach your right to privacy and check your claims history to gain an advantage at trial? There have long been rumours that this goes on, as offensive as it may be. Has it all been baseless conspiracy theorizing?

There will be a very interesting hearing in a Victoria courtroom on May 19. A trial that started on April 27 came to an abrupt halt four days later when it was revealed that the defence lawyer, acting on behalf of the Insurance Corporation of British Columbia, had researched the claims histories of the jurors through an ICBC adjuster. The judge has demanded that the defence lawyers return to court on Tuesday with explanations. I can’t wait to read the transcript of that hearing.