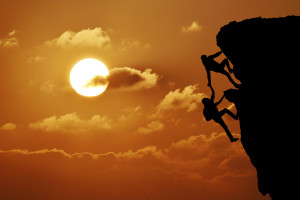 I have a number of clients who are in really bad shape.  I’m going to write about one in particular, though he’s not an unusual case by any sense.  I’ll call him Mark.  Mark’s life will never be the same, because of a car crash.

Mark led a normal life before the crash, working hard to support his family.  You all know people like him.  Hard workers.  Perhaps it might have occurred to his wife and kids that it would have been better if he was a little more available, but this is the man she married.  She married a man whose sense of self was defined in large measure by his ability to provide.

The construction industry is stacked with this kind of person.  Their backs, arms and hands are a license to print money, though it’s not easy. It’s one hour, one project, one house at a time.

He wasn’t rich by any means.  On his construction income, he could support a mortgage and a family and maybe have a little extra to go into RRSP’s.  With the cost of living in the Okanagan, early retirement was not a reasonable prospect.

Yes, he suffered an injury to his shoulder, and it hurt. But he could grin and bear it. The shoulder injury wasn’t stopping him from working.  The truly debilitating symptom is the headaches.  Mark can’t get through a day without a headache.  And if he’s working at his construction job, which requires him to look up regularly and for long periods of time, the headaches become unbearable.

I am not a doctor, and I am far from being an expert in pain medication, but the old standby seems to be Tylenol #3.  It’s a form of Tylenol that’s laced with codeine.  This fellow was popping 8-10 of these things in order to make it through his work day.

Mark carries on as long as he can.  He has to carry on.  He’s got a mortgage payment to make.

I don’t care who you are.  Try working through the kind of pain that requires 8-10 T#3’s per day.  Perhaps you can make the sprint.  Nobody can make the marathon.

Well, of course, the insurance company is refusing to pay his income loss.

Mark comes to me.  He comes to me to achieve fairness in his claim against the insurance company.

I cannot force the insurance company to pay compensation until I have the opportunity to put his case in front of a jury.

Justice will have to wait.

In the meantime, I do my very best to help this man get on with his life.

He’s got a family doctor who is doing his very best to help him.  He’s got therapists who have done their very best to get rid of the headaches.

What could his lawyer possibly do to make a real difference in his life?

Through affiliations some of us have with other like-minded lawyers in other areas of British Columbia, we become familiar with the best qualified experts, medical and otherwise, throughout the Province.

With this particular case, I was able to assist the family doctor by providing the name and qualifications of one of the highest regarded headache experts, whose practice happens to be in the Lower Mainland.

I have also had Mark’s physical abilities objectively tested by one of the Okanagan’s highest regarded Occupational Therapists.  The results of that testing have been provided to a Vocational Analyst whom I hired to assess Mark and provide recommendations for alternate careers.  This Vocational Analyst, whom we are lucky to have residing in the Okanagan, is in demand for his particular expertise all over the Province.

Mark has been taking concrete steps to follow through on the recommendations that have been made, so as to get into a career that he can physically handle given his unresolved car crash injuries.

There’s something about making a difference in another person’s life. I don’t know if he or his wife noticed, but I could feel a tear in my eye as he shook my hand on his way out of my office.