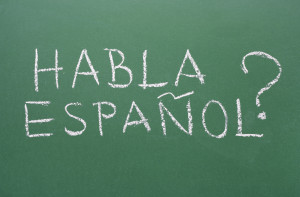 I promised, in my last column, to share my experience of being “taken” when renting a car in Mexico where I am holidaying with my family.

I’ll start out by complimenting my wife who I am incredibly grateful to for handling absolutely everything when it comes to travel bookings and arrangements.  She is something special.  Having worked retail for several years starting at age 15 (my much older readers will remember Woolworths on Kelowna’s Westside), she is retail savvy beyond compare.  She also comes up with cool ideas like bringing inflatable pool chairs to an all-inclusive Mexican resort and bringing our own snorkel gear (do it).

It was my high level of confidence in my wife that led me to be standing there with my pants around my ankles at a car rental franchise at the beginning of our vacation in Los Cabos.

My wife had pre-booked the two week rental of a car through a well-respected online travel company.  Paying approximately $250.00 to have a car available during our stay was an expenditure we had discussed, and decided to go with.  The thought of driving a pre-arranged vehicle from the airport to the resort (not waiting around for a shuttle) and being able to tootle around as we wished during our stay seemed to make it worthwhile.

We start off on the wrong foot with having to take a damned shuttle to the car rental franchise.  On arrival, my retail savvy wife goes to get the keys to our pre-arranged car.

Not so fast.  There is paperwork to sign and decisions to make about insurance.  I am called in because that’s supposedly my area of expertise.

My wife hadn’t done the internet research that would have led her to this handy tip from Trip Advisor: “Making a car rental reservation in advance, using the internet or telephone, will inevitably skip over the issue of auto insurance and is never completely included in the rental rate that you are quoted.  It can double or triple the quoted daily rate in most cases.”

Let’s go with “triple”, and then some.

I am what you would call a sophisticated insurance consumer.  I know to read the fine print of contracts.  I know to ensure I am fully protected so that my Mexican holiday doesn’t result in a financial disaster.

Put me in front of a Mexican rental car clerk whose command of the English language is not much better than my limited command of Spanish – “dos cervezas, por favor” – with forms, some of which are entirely in Spanish, and I’m like a fish out of water.

He seemed to get that I wanted the maximum protection, my eyes bugging out of my head as he quoted me figures.  In British Columbia, everyone is required to purchase a minimum of $200,000.00 liability insurance from ICBC, but we always get much more protection than that.  This is the insurance that protects you if a crash is your fault and you must provide fair compensation for the injuries and losses of your victims.

I wanted at least $1 million liability insurance.  The clerk was able, with a significant upgrade, to get me protection up to $1 million, but get this: the “$” was Mexican Pesos making for a rough equivalent of less than $90,000.00 in Canadian dollars.

After signing a bunch of forms, some entirely in Spanish, explained to me by a Mexican with very broken English, I ended up with horribly unsatisfactory insurance protection, which might be even worse than I understand it to be because of the language barrier, at a cost that added significantly to the cost of our vacation.

We could have pulled the plug and not gone ahead with the rental, but having easy vehicle access to such short jaunts as the Chileno Bay and Santa Maria beaches (bring a bag of peas for an insanely fun snorkelling experience) has been wonderful.

I would say that I’ve been driving extra careful to ensure I don’t cause a crash and have to call on the inadequate liability insurance coverage but of course that would be ridiculous.  We always drive extra careful to prevent death or serious injury to ourselves, our families, and other motorists, right?  Do we?  That’s where our driving attitudes must migrate to.  One crash is too many.