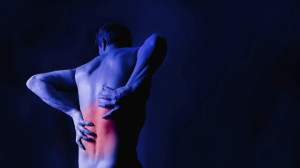 In the vast majority of personal injury claims arising from car crashes, the insurance company has an ace in the hole.

Seat belts eliminate the kinds of injuries that show up on x-rays and other scans.  Instead, victims of car crashes suffer injuries that are referred to dismissively by the insurance industry as “soft tissue injuries”.

A new client recently brought in an insurance company pamphlet “soft-tissue injuries of the neck and back”.  It says that it is “Provided by your physician and the BC Medical Association to promote better health in BC”, but of course it is a propaganda tool funded by the insurance industry.

In the “quick facts” section, the pamphlet includes the words: “Serious injuries, such as fractures….”, suggesting that non-fracture injuries are less serious.

When you add the fact that the pain from non-fracture injuries cannot be independently verified, and those hiring a lawyer in their struggle for fair compensation are often perceived to be trying to milk the system, the insurance company starts out holding all the best cards.

A common defence tactic is to run a fine-toothed comb through an injured victim’s history, looking for anything that might be perceived as dishonest, such as earning some money “under the table” and not reporting it to the tax authority.  I certainly don’t condone such behaviour, but let someone without sin cast the first stone.

If the fine-toothed comb turns anything up, the “dirty laundry” it aired to build on the already good cards the insurance company is holding, to not so subtly accuse the injured victim of lying about the ongoing pain.

It’s a hurtful tactic.  I can’t wait for a “painometre” to be invented, so that the very real pain my clients are feeling will be believed without reservation.  Sometimes, the tactic succeeds.

The tactic was used in a three-week trial last Fall, which concluded this week with the judge’s decision.  The ICBC lawyer was quoted as calling the injured victim “an opportunist who has intentionally exaggerated his pain behaviour and reporting in the hope of being rewarded significant compensation”.  In support of her hurtful language, the defence lawyer pointed to a Revenue Canada tax audit that suggested the injured victim had improperly claimed personal expenses as business expenses.

Carrying on with the classic tactic, the defence lawyer called the injured victim “intoxicated with self importance and feelings of entitlement”.  Can you imagine how the fellow must have felt hearing those words being spoken about him?  It’s bad enough suffering injury at the hands of a negligent driver, but to have someone attempt to assassinate your character like that?

I don’t know if a jury would have seen through the ICBC lawyer’s attempt to destroy this fellow’s credibility, but the judge sure did.  Quoting from the decision “There are times when a trial judge listening to submissions about the credibility of a party is left to wonder if judge and counsel have heard the same evidence.  This is such a case.”

The judge’s assessment of fair compensation for the losses this victim sustained as a result of his “soft tissue injuries” was just over two million dollars.  The victim was fortunate to have had two excellent lawyers, Kevin Jarvis and John Rice, who were willing to fight back against the odds and take this case to trial.  Thank you, Kevin and John, for achieving justice in this case.