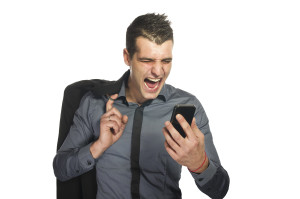 My postings usually have something to do with car crash claims. But not always.

From time to time, I feel compelled to write about a completely different legal topic.

This is one of those times. Helping injured victims of car crashes achieve justice is the largest, but not the only part of my legal practice.

Earlier this month, I took a case to trial that had nothing to do with car crashes. Today, I’m going to tell you about that case.

Put yourself in my client’s shoes, if you can stomach it. My male readers may have to use more imagination, as my client is a young woman. It is three years after she broke up with her boyfriend. I’ll call him the ex.

The last months of the relationship with the ex were very poor.

She suspected him of cheating on her and, sure enough, later found out his other girlfriend was pregnant with his child while they were still together. She also found out he was associating with criminal elements and took some furnishings out of her home to pawn off. She had no contact with him for three years after they separated.

She then received news of his death, which was under suspicious circumstances. She had done well since the separation, owns a home and her own business.

Then the letter came that put her on edge for the next two years and ten months. It was a demand letter from a lawyer.

Just before separating, she apparently signed a guarantee for one of her ex’s loans. She had no recollection of the loan, let alone of signing the guarantee.

The letter demanded payment of just over $60,000. And it gave her four days to pay to avoid a lawsuit. Can you imagine the stress?

This wasn’t your basic bank loan. She later found out the lender was an acquaintance of the ex. She also found out the principal amount of the loan was only $25,000.

The amount demanded was more than double the principal because interest had been accruing for approximately three years at 48 per cent per annum.

The situation was already dripping with injustice.

How can a lender just sit back and wait for interest to accrue at such an insane interest rate, the guarantor having no idea that the debt is outstanding, and then go after the guarantor?

But wait, it gets better. It wasn’t just the guarantor who was in the dark, the ex was as well. The ex owed the lender another $20,000 under a different loan. This other loan carried interest at only 24 per cent interest.

This loan was not guaranteed. It was also current. It required monthly interest payments of $400 and they were being made diligently by the Ex. It was while those $400 payments were being made that the loan guaranteed by my client came about.

Over the course of the next several months, the ex had made three lump sum payments to the lender. Those payments exactly paid off the guaranteed loan, along with interest at the insane rate of 48 per cent. All the while, the ex was continuing to make the $400 interest payments on the other loan.

You might wonder how a claim could possibly have been made against my client for a debt that was paid off.

Get this, there is law that says that where there are two debts and the debtor does not specifically say which debt a payment should be applied to, the lender can pick.

Of course, the lender didn’t mention that to the ex. The ex died thinking that the guaranteed debt had been paid off.

It took some work for me to get to the bottom of the story. The full details didn’t come out until after documents were disclosed and examinations conducted.

Once I had the full story, the injustice of what this lender was trying to do to my client made my blood boil. Rather than recognizing the gross unfairness of the claim and withdrawing it, the lender pushed the matter to trial.

By the time the case went to trial, the amount owing had increased to approximately $150,000.

How’s that for stress? Can you imagine how my client felt moments before a decision was rendered by the court? She was beside herself with relief when judgment was granted in her favour.

The lender’s claim was dismissed and the lender was ordered to pay costs. Justice was done.

I have confidence that it will continue to be done again and again. Our justice system is second to none, and I am proud to be a part of it.