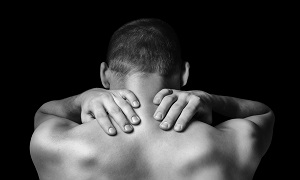 Does an injury require broken bones to be considered serious?

According to the way most people talk, including some insurance adjusters, you might think so.

And the media encourage such misperceptions.

Listen to, watch or read about car crashes and unless there are broken bones, or hospital stays in intensive care, reporters seem to give the impression there were no injuries.

The vocabulary commonly used to describe these injuries makes matters worse. How could a “soft-tissue” injury be serious? Bones are our hard-tissues and everything else in the body is soft.

An injury to anything other than bone is often referred to as a “soft-tissue” injury.

From what I’ve seen over the years in my personal injury practice, I’d take a hard-tissue injury over a soft-tissue injury any day.

Bones heal remarkably well. It’s no fun having to be in a cast for a few weeks, but that’s typically all it takes to make a full recovery. Even complex fractures that require plates and screws typically heal quickly.

Some soft-tissue injuries are, indeed, very minor. Take a bruise for example. After a car crash there might be bruises across your abdomen and chest, caused when your body was flung against the seat belt.

Bruises resolve themselves even faster than broken bones.

But what about the stretching and tearing injuries to the muscles, ligaments and other tissues that happen in a car crash?

Have you ever tried to get an elastic band to regain its shape after stretching it beyond the limits of its elasticity?

I am no medical expert, but that’s the way I think about what happens when the seat belt holds most of you, but not all of you, in your seat.

The parts of you that are not held still move backward and forward.

Your head is one of the heaviest parts of your body. There’s nothing stopping your head from moving forward in a crash but your neck.

What takes the brunt of the injury? The muscles, ligaments and other tissues that hold the hard tissues together.

Imagine how these people feel when their injury is referred to as just a soft-tissue injury.

I was recently consulted by a fellow who had been offered a $5,000 settlement.

Perhaps that explains why insurance companies make such low offers to unrepresented claimants.

What ridiculous scale could have $5,000 as the top end of compensation for what could turn out to be a life-long injury?

Perhaps the way the offer is presented also explains why so many people accept those absurdly low offers.

In effect, the adjuster is not just making an offer, he or she is also giving legal advice.

Adding the offer is at the high end of compensation for the injury is legal advice.

And that advice is dead wrong.

The reality is $5,000 happens to be at the low end of compensation, very close to the bottom.

What’s the high end? It would be misleading for me to throw out a figure. The greater the impact on a person’s life, the greater the compensation.

A jury I appeared before made an assessment that $120,000 was fair compensation for one of my client’s pain and suffering.

My client suffered only soft-tissue injuries. Yes, he had quite serious permanent symptoms, but he was still able to work full-time.

I expect his injures were described as minor by the media reporting the crash, if they were mentioned at all.

Don’t be thrown by the lingo or the misperceptions. Soft-tissue injuries can be the worst kind of injury.

Ensure justice is achieved by getting a proper assessment of the value of your claim. Don’t rely on the advice you might get from an insurance adjuster.