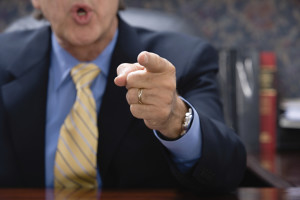 I have written previously about the critically important goal, for car crash victims, of actively pursuing as full and quick a recovery as possible.

Isn’t that the goal of anyone who has sustained an injury, regardless of the cause?  Of course!  Only a car crash victim, though, will end up sitting across from an ICBC defence lawyer at an examination for discovery.  With the 20/20 vision of sometimes sarcastic hindsight, the defence lawyer will go step by step through the clinical history asking why this or that further step wasn’t taken to try to get better.

The ICBC defence lawyer is hoping to shift at least some of the blame from the negligent driver to the injured victim.  It’s along the lines of other “Yeah, but” defence tactics: “Yes, I hurt you, but it’s your own fault you still have symptoms because you didn’t do enough to get better”.

The legal terminology is a “failure to mitigate”.  Our civil justice system imposes a duty on those seeking to recover fair compensation for their losses, to take reasonable steps to keep those losses to a minimum.  It’s a common sense and fair notion.

This common sense and fair notion can be warped to the point that it is horribly unfair, though.  One example is obesity.

You are then the victim of a car crash.  Your injuries leave you with lower back pain that you never had before the crash.  You undergo all sorts of therapy.  You participate in “active rehabilitation” of stretching and strengthening exercises.  Your back pain lingers.

You are sent by ICBC to a medical specialist who comes up with the answer:  by losing weight, your back pain will be reduced or even eliminated.

The blaming finger starts pointing in your direction.  All you have to do to get better is to lose weight.  Why are you not doing more to lose weight?

Before the crash, you tried every diet in the book and struggled to be active to burn calories.  Since the crash you’ve gained even more weight because of even less activity, and you are now dealing with back pain.  How grossly unfair to use this against you as a “failure to mitigate”?

Fortunately, our court system is there to protect us from common sense and fair notions being twisted by ICBC defence lawyers to be used in grossly unfair ways.  In the 2012 case of Delgiglio v. British Columbia (Public Safety and Solicitor General) 2012 BCSC 480, the court considered and rejected the defence argument that Mr. Delgiglio, who had struggled with lifelong obesity, had failed to mitigate his losses.  In doing so, Madam Justice Gropper quoted from and relied on the following legal principles that had been set out in a previous case:  “The law does not require a plaintiff to do that which cannot be controlled, nor does it require perfection in the pursuit of rehabilitation.  In addition, the defendant must take the victim as found, which may affect what is to be reasonably expected.  For example, a person who has struggled with life-long obesity may not be expected to lose substantial weight to discharge the duty to mitigate, even though weight loss would assist recovery.  What the law requires is that the plaintiff makes contextually reasonable and sincere efforts to limit his or her damages and loss”.