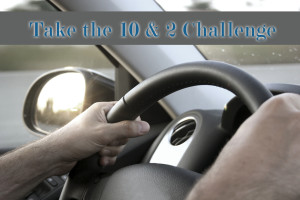 “I wish I could be as perfect as you” is a desire I hear all too often from my lovely wife, Terri.  Early on in our relationship, my immediate thought had been: “Good for you, Love; goals are important”.  I have long since learned to recognize when her words are dripping with sarcasm.

I have lost more than one excellent employee who has felt that my expectations have been unreasonably high.  I do not expect perfection, but I do expect that we will continually work towards eliminating errors and ensuring nothing gets missed.  This means identifying and reviewing errors and, most importantly, figuring out tools (systems and procedures) that will prevent the same errors from occurring in the future.

So when I go to my closet and find my trousers wrinkly, I offer the “tool” to my wife, giving the helpful suggestion that she simply pull them out of the dryer and hang them up before they turn into a wrinkled mess that has to be ironed.  My wife has her own sense of achieving perfection: handing me the iron and inviting me to wash them myself.

There are times and places in our world when we do expect, and insist on, perfection.  We have zero tolerance with our children, for example, when it comes to the need to look both ways before crossing the street or wearing a helmet when getting on a bicycle.

Is it reasonable for us, as a society, to have a zero tolerance when it comes to car crashes?  Are my expectations too high when I pursue the “One Crash is Too Many” campaign?

The distracted motorist who rear-ended a stopped motorcycle in March, 2012, killing the driver and seriously injuring the passenger, was sentenced this week for the only offence in the Motor Vehicle Act that covers that scenario: “driving without due care and attention”.

Nobody is perfect.  Each of us will have a lapse of concentration from time to time.  Even if we eliminate eating, drinking, doing our make-up, talking on a cell phone, texting, changing the stereo, working the navigational system and yes, that unacceptable driving behaviour that I insist my wife pull over for (road head), our thoughts are bound to drift away from the road ahead of us from time to time.

Most of the time, drifting thoughts won’t result in deaths and serious injuries.  It is just when thoughts drift at inopportune times like pulling up behind a line of stopped vehicles at an intersection, approaching a stop sign, or driving through a school zone when drifting thoughts come with serious consequences.

I proposed a “tool” to help us do just that in my column of March 29, 2012, when I initially wrote about the rear-ender fatality.  I gave credit to a friend, Jess, who is a model of attentive driving.  This friend always drives with her hands at “10 and 2”.  I wrote that I would “give it a try”, using that hand positioning as a tool to help me focus on the critically important task at hand:  driving.

I found the tool to be tremendously successful.  The periodic “close calls” that I had experienced throughout my driving life, during those inevitable momentary lapses of attention, completely disappeared.  Any time I found my hands drifting from the “10 and 2” I was snapped to the reality that my mind was also drifting.

Based on my own, personal, success, I unveiled a challenge that we all “do the 10 and 2” as part of my One Crash is Too Many road safety campaign early this year.  Thank you to Doris Bregolisse of Global who helped give it “legs” by doing a news piece on the 10 and 2 challenge in late April, 2013.

With the National Day of Remembrance for Road Traffic Victims coming up on November 20, 2013, I ask that each of you, including my wife who has thus far resisted, humour me and give it a try: “doing the 10 and 2”.  Look for a link to the Global news story, and indicate your intention to take the challenge yourself, by browsing to www.OneCrashisTooMany.com.