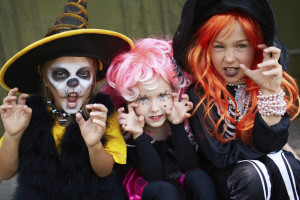 This is the first time in seven years writing this column that it is being published on Halloween.  I have two pieces of advice to share.  One of them is that going out in public wearing a hot dog suit feels oddly liberating.  If only we didn’t feel we had to take ourselves seriously the other 364 days in the year!  My other piece of Halloween advice comes later.

I find it interesting that the video went viral at approximately the same time as British Columbia’s new transportation minister announced that speed limits on our highways are long overdue for a review and could see an increase based on current research.

Have I mentioned, before, that I hate politics?  Why can’t the right things happen for the right reasons, rather than for political reasons?

The media made a big deal, and properly so, about unheeded warnings of an unsafely parked construction vehicle hours before a motorist smashed into the back of that vehicle and was killed on the No. 1 Highway in Langley last month.  The theme of the news story was that the fatality would have been avoided had the warnings been heeded.  No mention was made of the importance of reducing your speed in dense fog conditions so that you can react to the unexpected.

The most important speed limit law in this province, in my view, comes from section 144 of the Motor Vehicle Act.  Subsection 1(c) reads as follows: “A person must not drive a motor vehicle on a highway at a speed that is excessive relative to the road, traffic, visibility or weather conditions”.  It is a common sense prohibition.  Speed, indeed, kills when that important speed limit law is ignored.

This is where my other piece of Halloween advice comes.

The children of our community will be prowling around this evening.  As repulsive as my father finds the tradition of children going house to house asking for candy, my children will be among the masses.

In my view, however, the much, much greater onus of care falls upon motorists.  Those of us behind the wheel this evening must follow the common sense prohibition contained within section 144 of the Motor Vehicle Act.  We must drive at a speed that takes into account the unique, Halloween, road conditions.  Every residential area should be treated like a school zone.  We need to be driving at a speed that allows us to react to the eager trick-or-treater who forgets his or her parents’ caution and darts out from between cars to get to the house on the other side of the street.

I wish us all a safe Halloween.