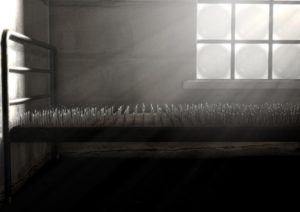 “You’ve made your bed” is a saying fitting of some injury victims who have made it next to impossible to achieve justice.

According to one internet source, the saying first appeared in a late 1500s Middle French proverb “comme on faist son lict, on le treuve” (“As one makes his/her bed, one finds it.”). Another source  explains that back in the day, a permanent bed was a luxury, and most people had to stuff a sack with straw every night for use as a bed.

If you make a cruddy bed, you’re stuck with sleeping in a bed that’s cruddy.

It has it’s own ring of justice, doesn’t it?

Many injured victims hoping to achieve fair, financial compensation for their injuries and losses, have made an incredibly cruddy bed.

Avoiding the tax man is the most common “cruddy bed” problem I face.

According to Statistics Canada, underground economic activity for 2013 (the most recent statistic provided) totaled $45.6 billion.

How many servers, hair stylists, spa practitioners or strippers report their actual tips, rather than some much reduced industry standard that keeps them under the radar of the Canada Revenue Agency?

How many mechanics, construction workers, renovators and so many others fail to report “cash jobs”?

How many rich folks hide their money in off shore accounts?

Our laws entitle injured victims to recover fair, financial compensation for their injuries and losses. That includes income losses based on previously unreported or underreported income.

Taking the extreme example of a marginalized worker who reports none of their income, should a stripper be stripped of his or her rights to income losses caused by a negligent driver who crashes into the back of his or her stopped vehicle?

But if the crash disables the stripper from ever working again, it’s not so easy as the stripper saying “This is what I had been making in the years leading up to the crash”.

The onus is always on the injured victim to prove their case. Without a track record of reported income, it can be incredibly difficult to prove pre-crash earnings.

Especially when those hiding from the tax man eliminate all traces of the unreported income.

And even if you manage to prove that pre-crash income, ICBC can very reasonably ask the question: “You chose to lie to the Canada Revenue Agency to avoid tax, how do we know you’re not lying now about your injuries and how they are impacting on you?”

Fortunately, injured victims do not live in a vacuum. As much as they put on a brave face, crash injuries are hard to hide.  Friends, neighbours, work colleagues, family members and others can independently prove many, if not most, cases.

But there can be much uglier beds.

You make an extra cruddy bed if you use your low reported income to collect welfare benefits.

Ick! It’s one thing failing to pay your fair share of taxes. It’s quite another to pick-pocket the hard earned income of those of us who do!

Is there anything less palatable than a “deadbeat dad”?

Your ex comes after you for child support. The court process requires you to disclose your income through a sworn Financial Statement. You’ve done well hiding your income from the Canada Revenue Agency so you carry on the charade with the court.

You end up having to pay lower child support.

But if a negligent driver takes away your ability to work, how do you get around that sworn financial disclosure?

That’s a bed made of nails, pointy side up!

Have you been making a cruddy bed? Consider changing your ways. Karma can be a real bitch.