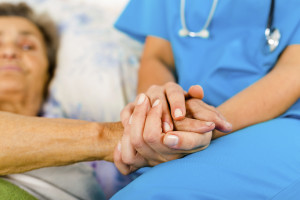 “That’s one small step for a man, one giant leap for mankind.”  Those words, spoken by Neil Armstrong as he took the first ever step on the moon, are applicable to an announcement made last week by National Health Minister Rona Ambrose.

Referring to assisted suicide, Minister Ambrose reportedly announced “I will take part in the conversation.  It’s an important conversation to have, and of course all of us have had these conversations around the kitchen table.”

With that announcement, the first step has arguably been taken towards a reformation of Canada’s law on assisted suicide.

It is a law that has very, very deep roots, even deeper than the provisions contained within our Criminal Code enacted in 1892.

The Criminal Code wasn’t the product of the careful and considered thoughtful debate of law makers.  Rather, it largely enshrined prohibitions that had existed for centuries before in the “common law”.  We inherited our “common law” from England, law that was strongly influenced by a religion which saw suicide as a direct defiance of God’s will.

Until 1823, English law provided that the body of a person taking their own life was to be placed at the cross-roads of two highways with a stake driven through it.

Most recently, we have the impassioned plea of Dr. Donald Low, a prominent Canadian microbiologist, in a video he recorded before his own death.

The “conversation” was within a hair’s breadth of being forced on the Federal Government by the Supreme Court of Canada in the case brought by Sue Rodriguez.  Sue was an ALS victim who challenged the law which threatened her ability to legally die with dignity.  It was by a slim majority of 5 to 4 that the law was not struck down by our highest court in September, 1993.

Another lawsuit is making its way up the court system, led in part by the now deceased West Kelowna resident Gloria Taylor.  I expect that the Federal Government sees the writing on the wall that the next nine judge panel of the Supreme Court of Canada considering the assisted suicide provisions will almost undoubtedly be striking them down.

Credit is owed to the mountain of efforts that have been made over the years by those pushing for the important “conversation” to occur.  Anyone interested in learning about the history of this issue and of that mountain of efforts should read a paper of the Parliamentary Information and Research Service that you can find on line by searching the publication number: 2010-68-E.

Just like all the engineering and resources that went into that first step on the moon, the mountain of efforts leading to our Federal Government entering into the conversation is finally paying off.  I just hope the conversation goes somewhere. 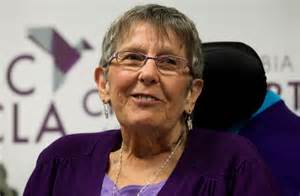 Read the CBC News Article from October 12, 2012: Inside Gloria Taylor’s battle for the right to die