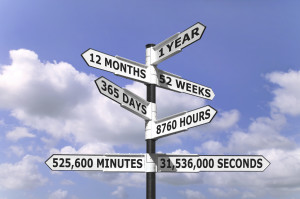 I’ve reached another anniversary.  My first column, “It’s not about screwing the insurance company”, was published seven years ago on January 7, 2007.

With a weekly publication frequency, that’s a total of over 350 columns.  It still takes me an average of about two hours to research (as applicable) and draft each column.  If I line those hours up into 40 hour work weeks, I come to a total of over four months of full time writing.

I’ve covered a lot of ground.  Some topics have resurfaced from time to time but I’ve never submitted “old material” for publication.  If you’re interested, a complete archive of my columns can be found on my “Achieving Justice” website:  www.paulhergott.com.

I have relied on my father, Al, a former Catholic Priest who had taught English grammar and had written for the Catholic newspaper, “The Prairie Messenger”, for his feedback.  The grammatical errors he has pointed out have either become few and far between or he’s given up pointing them out!  I am grateful to my father for taking the time each week to review my drafts and provide exactly the kind of feedback I seem to have needed, carrying on into my 8th year.

I am also grateful to my wife, Terri, who has been incredibly tolerant of my weekly writing cycle.  The cycle starts the evening before my morning deadline with me hounding her for topic ideas, often has me with my laptop in bed that night, and more and more often ends with me getting up ridiculously early the next morning to finish up.

My father told me, based on his own experience, not to expect much by way of reader feedback, and my low expectations have been met.  I like to think it’s typical of columnists and not because my father and I share a boring, dry, writing style!  Please feel free to buck the trend and toss me an e-mail from time to time.  I am particularly interested in knowing what topics you might want covered.

I do recognize the privilege of having this platform to share my ideas with you and I am grateful to the Capital News, particularly editors Barry Gerding and Al Waters, for that continuing privilege.  As long as this platform remains open to me, and my weekly writing cycle continues, somehow, to generate material, you can look forward to another anniversary column at the beginning of January, 2015!