I owe both a debt of gratitude as well as an apology arising out of my last week’s column. 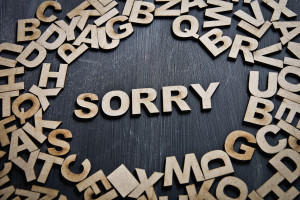 I had tried to make a key point in that column: being honest and trying your best are the foundations for how you should conduct yourself when pursuing fair compensation for an injury.

I was seeking to clear up a misconception that some people seem to have, that us personal injury lawyers advise our clients on “smoke and mirrors trickery” or “tactical wizardry”.

Unfortunately, my attempt to make that point was a failure.  My debt of gratitude is owed to the reader who filled me in on how poorly I presented it.

Melissa, and no doubt many others, apparently understood me to say that if you are honest and try your best, a personal injury lawyer is unnecessary.  She also understood me to be making the assumption that people are trying to screw the system.

I have struggled over the years to speak out directly against such misunderstandings.  It is horribly ironic that I have directly contributed to them with one of my columns.

My apology is owed to all of those who I have hurt by how poorly I presented my point.  It is bad enough to be victimized by crash injuries.  The jaded perception that many have of those looking for nothing more than fair compensation is another level of victimization.  I inadvertently contributed to that jaded perception.

I say “unfortunate reality” because it truly is unfortunate that a significant portion of the fair compensation being sought, often one-third, must be paid as fees to a lawyer.  That leaves the injured victim with less than full, fair compensation.  If the insurance company stepped up to the plate with anything close to fair settlement offers to unrepresented victims, even within two-thirds of fair, personal injury lawyers would be out of work.  The reality is that settlement offers to unrepresented victims are regularly small fractions of fair.

Those realities don’t take away from the key advice those seeking fair compensation for an injury need to hear about how they should conduct themselves.  There is no trickery or smoke and mirrors.  Being honest and trying your best are key.  When I give that advice directly to my clients, their reaction is regularly one of relief.  They don’t want to have to compromise their values to achieve a fair result.  They don’t have to.