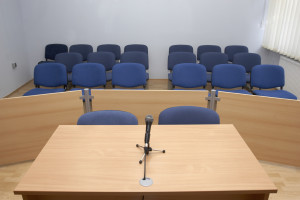 I didn’t expect to have the opportunity to write a column this week.

A jury trial I was running happened to settle this afternoon at the end of day two.  Had it not been for the settlement, I would be preparing for day three right now with no opportunity to put another column together.

It’s not just the column that was going to suffer.  My life is very much put on hold while I run a trial.  I hardly saw my family the Thanksgiving long weekend.

The settlement was unexpected.  As I type this I am still waking up to the reality that I have my life back.

It was a whole different matter for the 8 men and women who were called for jury duty.

The courthouse sheriffs put a random list of potential jurors together, called the nominal list, and make sure they show up to the Courthouse on that first day of trial.

The sheriffs don’t ask for volunteers.  They also don’t give any regard for a person’s age, occupation, marital status, sexual orientation, race, wealth, or any other factor.

See, anything other than a random sampling people would potentially favour one side of the case over the other.

A whole lot more than 8 people are inconvenienced at this initial stage.  I didn’t count them, but it seemed like our largest courtroom was mostly filled with potential jurors on that first day.

The 8 jurors to try the case are then chosen from the large random group that the sheriffs have brought in.

As jurors are randomly picked from the large group, they are given the opportunity to address the trial judge if they think that they should be excused.  It’s not easy to be excused, though.

A single working mother needing to support herself and her children won’t necessarily be excused.  The life of any person chosen to be on the jury will be disrupted.  Choosing those whose lives would be disrupted the least would produce an unbalanced jury, likely containing more unemployed or retired people.

The trial judge will do his or her best, however, to strike a balance.  One potential juror in my trial was excused because of an impending medical procedure.

My trial was scheduled for 15 days.  Some trials last months and months.  Sitting on a jury represents a significant sacrifice, particularly because the pay jurors receive is virtually non-existent.

As has happened countless times before at other trials, and was happening simultaneously in a criminal trial in another courtroom in Kelowna, those on my jury stepped up to the plate and listened intently to the evidence.

Jurors take their job seriously.  They know that the decisions they make will have a significant impact on another person’s life.