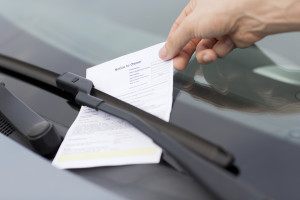 I owe an apology to those of you who wait, with bated breath, for every Thursday edition of the Capital News, anxious to read my latest column.  For you, the last few weeks have been dismal disappointments.

My first missed deadline in the 6 ½ years I’ve written this column was for the June 27th publication.  I actually had it ready to go – just forgot to send it.  The weeks since then have been a comedy of miscommunications between me and the editors.  One of my columns was published two days ago, and I am confident that we are back on track with this one.  Again, my apologies.

I also owe a “thank you” to Cathy, a frustrated mother from Greenwood, British Columbia, who suggested a column topic for this week.  Over those 6 ½ years I could probably count column topic requests on the fingers of my hands, maybe even one hand.  Perhaps I have not been as welcoming, of column topic ideas, as I could have been.  Perhaps folks have been worried that I might send them a bill if I answer their legal question in a column!

Cathy is trying to help out her sons who have discovered traffic violation convictions on an ICBC printout that could not possibly relate to them.  Her frustration is with the police, who she assumes must have issued tickets without verifying the identities of errant drivers because they could not possibly have been viewing her sons’ identification.

She notes that “Trying to sort this out is a nightmare”, though her frustration seemed more with the police than with the system (or lack of system) for sorting out the inevitable errors that will occur in any administrative system.

Sorry, Cathy, I’m not going to attack the police on this.  Perhaps there is a systemic problem with the way the police verify driver identity when issuing speeding and other traffic violation tickets, but I am ignorant (not “stupid”, just without familiarity) when it comes to the policies and procedures and won’t comment about things I know nothing about.  Perhaps a member of the RCMP might write a “Letter to the editor” explaining the steps they take, to assist Cathy and other readers?

I will, though, attack ICBC and the Provincial Government about the nightmare you must be facing to sort this out.

Please forgive me for this flagrant disregard of “innocent until proven guilty”, but I figure if you have been handed a violation ticket by a police officer you are very likely to be guilty.  Even so, there are clear instructions for disputing the offence, and the internet offers tips and strategies for “getting off”, a phraseology that ought to be saved for a much more pleasurable experience than getting away with not paying a speeding ticket.

Clear instructions are printed on the ticket.  Those instructions are also set out on the ICBC web site, as well as the British Columbia Ministry of Justice web site.  It’s as easy as sending a letter in the mail within 30 days, your letter including a copy of the ticket.

What about, as in Cathy’s sons’ situations, the tickets were issued much, much longer than 30 days ago?  What about the fact that her sons don’t have copies of the tickets because they were issued to someone else?

It is an absolute guarantee that administrative systems will fail, and that whatever the precautions, violation tickets will be improperly issued in the names of innocent people who will not get a copy of the ticket.  If ever there was a situation that screamed for an easily followed administrative solution, it is that situation.

The ICBC web site is completely deficient.  The Ministry of Justice site at least provides the procedure for disputing a violation ticket if you missed the 30 day deadline, but includes the requirement: “You must bring a copy of the violation ticket…”.

I went to the “horse’s mouth” and looked at the Offence Act [RSBC 1996] Chapter 338.  The legislation does not provide for Cathy’s sons’ situation because it requires, when applying for an extension of time, to prove that you had an intention to dispute the ticket within the 30 day deadline, which is impossible if you don’t even know about the ticket until after the deadline has expired (section 16(2.1)).

What do the “wrongfully convicted” like Cathy’s sons do?  Pay thousands of dollars to a lawyer to sort out the problem that you had no part in creating?

How about we let ICBC or the Ministry of Justice submit a Letter to the Editor with the solution?

Read ICBC Response to Paul Hergott via letter to the Editor on August 13, 2013

Read Paul Hergott’s response to ICBC via email on August 31, 2013 re ticket dispute