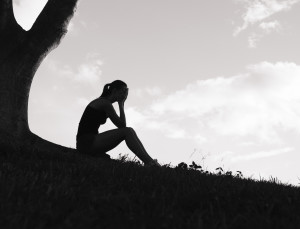 I have a good friend who is a woman but I must state emphatically at the outset I do not believe her gender had anything to do with the story I am going to tell.

It’s OK to poke a little fun at a friend in a posting, right? It’s not like I’m going to use her name or anything.

How about I call her Trish. Trish has a car with a really neat feature. When reversing, it makes a beeping noise as the back of the vehicle gets close to an obstacle.

The beeps get faster the closer the car gets to the object. How would that be for taking the guess work out of parallel parking? You could pretty much back up blindfolded.

The punch line is she recently backed into another vehicle as she was pulling out of a parking spot. Trish wasn’t blindfolded. There was very little damage and, thank goodness, nobody was hurt. Trish’s experience was an illustration that all it takes is a little inattention for an accident to happen. Fortunately, this inattention occurred in a parking lot at a very low speed.

After I had a bit of a chuckle at my friend’s expense, she told me something that has caused me to take a very different view of the psychological impact of a car crash. Even though this was a low-speed, parking-lot, fender bender, with no injuries and limited vehicle damage, Trish has been facing driving anxiety. At the time of the incident, she didn’t think she was being inattentive. She was driving the way we all drive most of the time.

We shoulder check, look in our mirrors and get enough information about our surroundings to fill in the blanks with assumptions. At times, we have something else on our minds and we go into a form of auto pilot.

Trish had a perfect driving record. She thought she was an excellent driver. She thought she and her family could feel safe and secure when she was behind the wheel. This little fender-bender threw all that on its ear.

Since the incident, she has become an anxious driver. She no longer feels as comfortable behind the wheel. She is continually on edge. The feeling of confident control she used to have is gone.

A wake up call now and again can be helpful, jogging us from a place of complacency in our driving to a higher standard of care. For Trish, though, the wake-up call was too strong. Her level of anxiety is having an adverse impact on her life and may well be causing greater danger when she’s behind the wheel.

If Trish is feeling driving anxiety over a fender-bender that was her fault, imagine how people who were not even in the driver’s seat feel after a serious crash that caused them injury feel.

That is an even greater of a wake-up call.

It’s not their own driving that causes them anxiety. In fact, many of them have less difficulty driving than being a passenger. At least when they’re driving they have a level of control.

As an example, I have one client who was injured as a teenager. After her crash, she would flip out if her mother drove in the passing lane. Imagine her poor mother, trying to get from Westbank to Kelowna in rush hour traffic.

I have always believed my clients’ reports of anxiety were genuine. I am very critical about the cases I take and will not act for a client I do not believe in 100 per cent. I just haven’t appreciated the significance of this psychological injury. Trish’s experience caused me to reflect on it.

If you suffer driving anxiety from a car crash, tell your doctor about it and get the help you need. You are very much not alone.