In my column two weeks ago I expressed my frustration about the “blip” of attention given to a fatal crash. 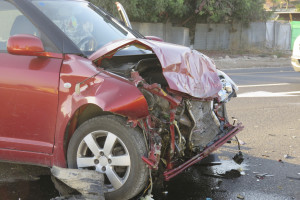 My frustration came from how tolerant and complacent we have become about car crashes.

At that rate, approximately 113 people were injured in car crashes in Kelowna between the 62 year old pedestrian’s death and the next car crash fatality which occurred at the Highway 97 and Ross Road intersection this past Saturday at 9:45 p.m.

Yes, we have another blip.  This time, the fatality came to light for a second day when we learned the horrible news that the deceased was a mother of two children who had lost their father the year before.

Neither fatality was an inevitable, unavoidable accident.  They were both completely avoidable intersection crashes.

I’m willing to bet that the approximately 113 injuries over the short time period between the two fatalities were all completely avoidable as well.

I wonder how many of those injured will never fully recover.

Another approximately 37 will have been injured by the time this column is published on March 8, 2012.

The scope of this problem is enormous.  If you forget about the loss of life and pain and suffering and look only at dollars and cents, the cost of emergency services, health care, property damage, income loss and other hard costs is approximately $8.8 billion per year in British Columbia.

In my previous column I announced my new web site, onecrashistoomany.com, which I hope will help change driver attitudes and reduce crashes.  I am thankful to CBC Radio for raising awareness for my campaign by interviewing me about it.

I am also thankful to my friend, Jennifer, who has made my heart sing with the reality that my campaign can make a difference.  She shared with me that when she was driving the other day the words “One crash is too many” ran through her head, leading her to take note of and reduce her speed.

One crash really is too many.  We can all take that first step of taking our own driving seriously.