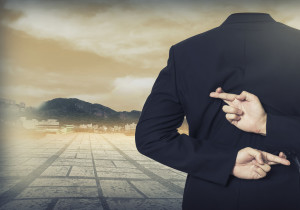 I don’t know if Neil would have hired a lawyer at all if he hadn’t been told up yours. The insurance company’s representative didn’t use those words. It was worse than that. Neil was accused of fraud.

He was injured in a car crash. In the beginning, the insurance company provided wage loss benefits. It also provided funds so Neil could afford medical treatment. Then came the day when the benefits were cut off. Neil was left hanging in the breeze.

He isn’t one to go down without a fight, and he’s got a bit of a temper. I almost feel sorry for the drunk who rear-ended Neil’s car. I say almost because nobody deserves to be beat up.

Neil comes by his temper honestly. He suffered a brain injury as a child that had a long term impact on his social interactions. Why is it that those who are the most vulnerable seem to be the most taken advantage of in our world?

Anyway, Neil was left with no alternative but to put his case into the hands of a lawyer. The insurance company wasn’t going to willingly pay him another cent.

Now, as cases go, Neil’s was not a very attractive one. Let’s face it, we’ve been brainwashed in our society to believe accusations are made by the authorities. Innocent until proven guilty may be on the books, but it’s not the way most of us think.

If a jury hearing the case had any sense that Neil had been the least bit dishonest about his claim, let alone fraudulent, there would be a risk that the jury would award nothing in compensation.

Fortunately, Neil found a lawyer who was willing to take his case. The waters of the Red Sea were not automatically parted just because a lawyer got involved, though. It would be another 3 1/2 years before Neil received anything at all in financial compensation, or help funding his medical care.

The lawyer asked, in writing, for details of the alleged fraud. There was no response from the insurance company. The request was followed up, in writing several times with no response.

The only disclosure that was given was that Neil’s claim was denied due to a fraud investigation.

No detail was provided, so there was no way for the lawyer to assist Neil with defending against the allegation and getting his benefits reinstated. The lawyer had no option but to start a lawsuit, because the insurance company wasn’t going to negotiate a settlement.

Eventually, and inexplicably, the company asked for mediation. It was bizarre, really, because up until then, there was no indication at all that the insurance company was willingly going to pay anything to settle the claim.

The mediation process didn’t go well. There were two attempts. During the first, it seemed as though Neil came dangerously close to leaping across the table and physically to get to the opposing lawyer.

The company had paid an investigator to follow Neil around with a video camera. This video evidence was brought up for the frrst time at the mediation. Of course, without having the chance to look at the videos, there was no way to assess whether or not the evidence was as damning as was suggested and the mediation was adjourned.

The second mediation attempt happened after Neil and his lawyer spent a morning watching monotonous video footage of Neil going about his daily life. If anything, the video supported Neil’s claim.

Representations made about what was on the video turned out to be false. To avoid a possible altercation, Neil was kept in a separate room. That mediation ended poorly as well, with Neil storming out of the building. But all’s well that ends well. Including costs, the eventual settlement was more than $250,000.

Who knows how much the company paid its lawyer on top of that. Of course, a large percentage of the settlement went not into Neil’s pocket, but into the pocket of the lawyer who took a huge chance taking the case on in the first place.

How differently would things have worked out had the insurance company had acted differently in the first place?