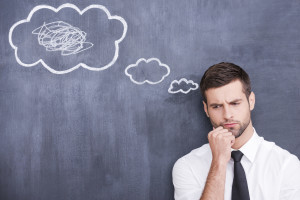 Sometimes I think I should give a monthly seminar about how auto liability insurance works. I meet with a lot of people who have been injured in crashes and I can tell you with authority that confusion runs ram-pant.

I have had many people complain: “I wonder why I even purchase insurance,” on realizing that the insurance company is not being fair with them in an injury claim. I find myself explaining, time and time again, that the liability insurance you purchase for your car does not entitle you to any compensation whatsoever if you have been the innocent victim of a crash. Your insurance comes into play only if you are the one causing injury to someone else. In that case, your policy will bring the full weight of the insurance company into action against the victim.

Let’s pretend the victim is Miss Muffet. Miss Muffet was injured due to your negligence. She has a legal claim against you for compensation for the harms, losses and expenses you have caused her. You don’t have anything to worry about, though, because you have purchased liability insurance just like every other vehicle owner is required to do.

Your insurance company will vigorously defend against Miss Muffet’s claim on your behalf. It will hire private investigators to follow Miss Muffet around with video cameras, hoping to get footage of her sitting comfortably on her tuffet. It will hire lawyers to defend against the lawsuit that Miss Muffet is forced to commence in order to get what see sees as justice. It will make low-ball offers to try to convince Miss Muffet to accept less in compensation.

After all that, the insurance company will pay whatever settlement has been arrived at, and will have a little party at the end of the year to celebrate its hundreds of millions of dollars in profits. Because of your insurance, you are not out of pocket at all, except to pay the $500 deductible. Look at it from Miss Muffet’s side of the situation. Like most other people, she thinks that she’s dealing with her own insurance company.

It’s particularly difficult to recognize the hair on the spider’s legs when its logo is “Building trust. Driving Confidence”. I hope that my example of Little Miss Muffet will assist in clearing up some confusion. Let me know, though, if a free monthly seminar would be of interest to you.