This is a sequel to my last column about how judges arrive at the truth. I had shared judicial commentary from a case decided by our Court of Appeal in 1952 and promised to share additional wisdom from much more recent authorities. 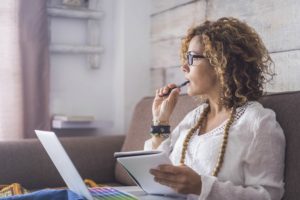 It’s not so easy to arrive at the truth in the face of “quick-witted, experienced and confident witnesses, and of those shrewd persons adept in the half-lie and of long and successful experience in combining skillful exaggeration with partial suppression of the truth” (quoting from the 1952 case).

And even more difficult when a witness is honestly mistaken about something he or she sincerely believes to be true.

Noting a lack of divine insight into the hearts and minds of witnesses, the half-century old solution was to assess the testimony’s fit with what’s most likely to be true given the circumstances.

Her list starts with: “The capacity and opportunity of the witness to observe the events at issue”.

Next: “His or her ability to remember those events”.

A third: “The ability of the witness to resist being influenced by his or her interest in recalling those events”.

Fourth: “Whether the witness’s evidence harmonizes with or is contradicted by other evidence, particularly independent or undisputed evidence”.

Fifth: “Whether his or her evidence seems unreasonable, improbable or unlikely, bearing in mind the probabilities affecting the case”.

And finally: “The witness’s demeanour, meaning the way he or she presents while testifying”.

Madam Justice Fleming specifically noted the danger of relying wholly on that final factor: “Regarding the last factor, Chorny and other authorities have discussed the dangers of relying wholly upon demeanour to determine credibility, recognizing the risk of preferring the testimony of the better actor, and conversely, misinterpreting an honest witness’s poor presentation as deceptive.”

In another recent decision, (McCully v. Moss, 2019 BCSC 81, this one decided by Madam Justice Devlin, a couple additional factors were noted.

One: “Whether the witness changes their testimony in direct and cross-examination”. And another: “Whether a witness has a motive to lie”.

You might reasonably be coming to the conclusion that judges are cynical!  To the contrary, Madam Justice Devlin noted an important starting point: “The starting point in a credibility assessment is to presume truthfulness, but this presumption may be displaced”.

Judges have a lot to consider when arriving at the truth!

Might we learn from them?  I suggest that the conscious consideration of each of these factors would help each of us evaluate the truth of messages we are presented with in our day to day lives.