Witness interviews is the form of ICBC investigation that is most, in the words of the court, “fraught with risk”. 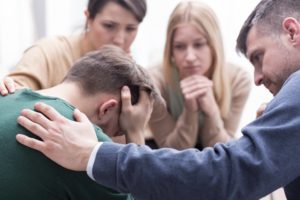 This is the last of a three part series reviewing the first court decision to put ICBC’s forms of investigation on trial: Williams v. Sekhon, 2019 BCSC 1511.

Mr. Williams, who had been subjected to investigations by seventeen different investigators from four investigation firms, alleged that ICBC had grossly exceeded their legitimate interests to conduct an investigation, causing him psychological harm.

He sought a penalty against ICBC in the form of “special costs”.

Mr. Justice Voith reviewed the three forms of investigation undertaken by investigators. I reviewed the first two, “Open Source Investigation” and surveillance, in my last column. This week I am discussing the third: witness interviewing.

Not witnesses to the crash itself. Rather, witnesses to ways injuries sustained in a crash impact on the victim’s life such as employers, co-workers, friends, family, members of a sports team. Depending on your activities, it might include members of a church and other organizations you are part of.

But the court also noted the problem with investigators going too far: “Excessive investigation will inevitably get back to a plaintiff and will be, at a minimum, embarrassing. If it continues, it becomes intimidating. It also has the prospect of casting a plaintiff in a poor light with others, as someone who is not honest or who is malingering.”

How far is too far when it comes to witness interviewing?

In my first column of this series, I outlined two areas where the investigators went too far.

One was using a “shotgun approach” to contacting 17 people on the Plaintiff’s hockey team within the space of a few days. Another was showing up, unannounced at the home of a witness rather than attempting to contact them by telephone.

In the end analysis, the court did not penalize ICBC, noting that none of the investigation was done with the purpose of causing the Plaintiff distress. And that up until the court judgment, there has not been anything of an explicit direction from the court about what’s reasonable when conducting an ICBC investigation.

I have a suggestion that might reduce the embarrassment and character aspersion that can come from ICBC retained investigators prowling around to interview your employers, co-workers, friends and acquaintances.

Consider turning the negative into a positive by enlisting their help to achieve a fair result from ICBC.

Tell them that of course you have been totally up front with ICBC. You’ve told them that you have been able to return to most of your activities, and have returned to the work force, but with some difficulty and not as fully as you had hoped.

Your ongoing limitations are likely to be more subtle than obvious. You are actively trying to hide them, presenting a stiff upper lip. The last thing you want is pity, or to be viewed as a whiner, or as putting on an act.

Be vulnerable. Share with those around you how your life is different. They might have an “aha moment”, recognizing the subtleties. Or at least start paying attention.

Let them know that an ICBC investigator or your own lawyer might contact them at some point to find out what they might have noticed of changes in you.

And if it’s an ICBC investigator, that it would be inappropriate for them to just show up at their door; that they have every right to send them away and invite them to communicate by telephone.

And if they choose to talk to an ICBC investigator, that they please require that they arrange for your lawyer to be able to listen in on the interview to avoid unfairness and miscommunications.

Perhaps start by handing them a copy of this column.

Please note that your lawyer might not agree with my suggestion. I recommend always that you follow the advice of your trusted legal advisor.