Achieving balance is important for most things in life. ICBC investigations are no different. 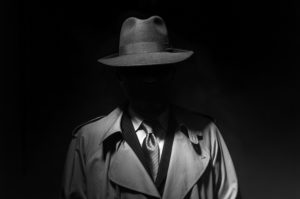 Some level of investigation is important to independently test assertions made by an injured victim about how their injuries are impacting on their lives.  But if ICBC hired investigators go too far, the process “has the potential to be intrusive, upsetting, and intimidating”.

I pulled that quote from the court decision of Mr. Justice Voith.  His decision released September 9, 2019, Williams v. Sekhon, 2019 BCSC 1511, is the first in British Columbia history where the appropriateness of ICBC investigation techniques was front and centre,

Last week I provided examples where ICBC retained investigators had gone too far.  This week I will outline two of the three kinds of investigations discussed in the case.

ICBC publishes a set of written standards for private investigators they retain that are available online: Performance Standards for Private Investigators.

Those standards include some excellent points, including: “ICBC requires that the degree of investigation undertaken on a claim file be proportionate to the complexity and risk associated with the claim”.

The more significant your injuries and losses, the more likely ICBC will engage the services of a private investigation firm and the higher the degree of investigation.

And: “All investigations must be carried out in the least obtrusive way possible”.

The first type of investigation reviewed by the court was described as “Open Source Investigation”, which includes searching publically accessible internet and social media sites to learn about a plaintiff’s activities and level of function.

Regarding social media, the court noted that “All information is either posted by a plaintiff or by others with full knowledge that that information, including pictures, will be available to the public at large to view if they so desire”.

The court approved this type of investigation, which would include not only social media sites maintained by a plaintiff, but also by their immediate family and friends.  The court noted that “All such information is public and has the legitimate prospect of providing information about a plaintiff’s activities and level of functionality”.

The court also approved the ICBC investigator’s search of publically accessible information in the Land Title Office to learn about ownership of a home where the Plaintiff had stayed.

And also an internal ICBC search to determine vehicle ownership, “to the extent those resources are used in a limited and fact-specific way”.

Should you restrict access to your social media postings to those you know and trust?  Should you stop posting on social media for fear of an investigator seeing your posts?

Different lawyers have different approaches and offer different advice.  Consult with your own lawyer to get advice from the person you have put your trust in to handle your claim.

My advice, for most things, is to “live your life” to the fullest, allowing your claim for fair compensation to impact that goal as little as possible.  If you are honest and forthright about how your injuries are impacting on you in the claim process, social media posts will naturally not contradict that and not be harmful.

But taking reasonable steps to protect your personal and private information is important in our digital age, something you should be concerned about regardless of a claim.

The second form of investigation discussed was actual surveillance.

It can be downright upsetting and creepy to think that someone might be watching and video recording your every move!  One investigator had spent 83 hours over 25 days trying to obtain video surveillance in that case.

But it is a necessary evil, the reasonable purpose being “to ascertain whether a plaintiff’s actual or observed level of function and activity aligns with what the plaintiff asserts he or she is capable of doing”.

The court noted, though, that surveillance should stop if the subject becomes aware that it is occurring: “To the extent, however, that investigators become aware that their presence is known to a plaintiff, such surveillance is obviously ineffective.  If such surveillance persists, its purpose necessarily changes and it is difficult to see how ongoing surveillance could be justified.”

So if you get that creepy feeling that someone might be following you around, go up to the dark windowed vehicle you suspect and ask the driver for identification.  ICBC’s written standards require investigators to provide their name and that they are retained by ICBC.

And demand through your lawyer that the surveillance stop.

Next week I will conclude this series with a discussion of the third investigative tool: witness interviews.  Not witnesses of the crash itself, but of how injuries might or might not be impacting on function, activities and work.  The court noted that this form of investigation is “most fraught with risk”, something I endorse from my own experience.