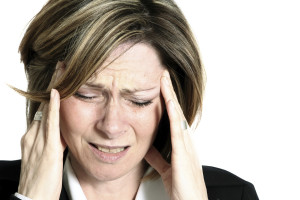 I am approached about a new crash claim almost daily. It gives me a unique perspective.

Most people are made aware of only the most horrific of crashes: The ones that make the news because of compelling photographs of destroyed vehicles. From time to time, there is a fatality reported, but for the most part, occupants of even the most seriously damaged vehicles walk away with no apparent injuries.

There’s a video circulating on the Internet that shows a staged head on crash between a 1959Chevrolet Bel Air and a 2009 Chevrolet Malibu. The 1959 model, of course, is built like a tank—Detroit steel bumper to bumper. The 2009 is your typical new car construction that doesn’t appear anywhere near as solid as the tank. The video, though, shows in slow motion how the driver’s compartment of the tank is completely obliterated with the dummy “killed” instantly.

The dummy in the new car, however, escapes with perhaps a slight knee injury. Yes, the front end of the car is obliterated, but the driver compartment is not breached and an air bag is deployed. The video illustrates the fact that with today’s cars, those involved in the most serious of crashes walk away with very little in the way of visible injuries, i.e. broken bones, severed limbs, etc.

It is that lack of “apparent” injuries, those that require casts and bandaging, that leads the news media to report a lack of “serious” injuries. The public is left with the notion that drunk, inattentive, careless, text messaging driving has no real consequences.

Sure, you might get a ticket and have to pay a deductible for vehicle damage, but really, what’s a few hundred bucks? With today’s cars, no one suffers serious injuries. That notion is reinforced in the movies.

My favourite movies have car chases with nasty crashes, the chase continuing after both drivers jump out of the wrecked vehicles, and jump rooftop to roof-top, off buildings, etc., seemingly completely uninjured in the crash. It makes for good cinema, but is a horrible misrepresentation of reality.

The truth is that the driver with the “slight knee injury,” while able to walk away from the crash, is likely to have trouble getting out of bed the next morning because of a severe strain to the neck or back, and might end up suffering from chronic pain for the rest of his or her life.

The truth is that many, many drivers who have been involved in far less dramatic crashes, with far less or even minimal damage to the vehicles, end up with lifelong injuries.

I know the truth because I regularly interview car crash victims and hear their stories. Doctors, physiotherapists, massage therapists, chiropractors and others in the medical community know the truth as well. Perhaps if the potential long term injury consequences of crashes were given air time in the media, motorists would take their driving more seriously.

I would be willing to bet quite heavily that those in the medical community and personal injury lawyers cause significantly fewer crashes than the rest of the population, simply because we are intimately aware of the potentially long-term consequences of crashes which translates into more careful driving.

There are lots of reasons to drive more carefully. You avoid tickets, a deductible, the hassle of waiting for your car to be fixed, it makes for a more pleasant, cordial driving environment, insurance rates will go down and yes, you avoid causing another human being pain that might never go away.

Pick a reason, any reason, and let’s see what we can do to reduce crashes on the Westside.