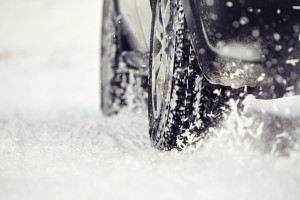 An oncoming Silverado pick-up truck loses traction in icy road conditions, crosses the centre line and smashes head-on into an oncoming car, a Chevrolet Cobalt.  The impact occurs entirely in the oncoming lane.  On the face of it, it seems like a “cut-and-dried” case of negligence against the driver of the Silverado.

Not necessarily so if the Cobalt is equipped with three well-worn all-season tires and one summer tread tire.

The crash occurred on Green Lake Road near Okanagan Falls on December 19, 2008.  The trial was in June, 2011.  I found the case when doing a little research for this column, my topic being the seasonal warnings by the RCMP to have our vehicles equipped with proper tires for winter driving conditions.

The evidence, which included “black box data” and engineering opinions, was carefully reviewed by the trial judge.  The judge came to the conclusion that the driver of the Cobalt had temporarily lost control seconds before impact, the loss of control attributed to the poor tire tread coupled with overdriving the icy road conditions.  The judge accepted that the driver was probably in the process of regaining control at the time of impact.

That temporary loss of control is something that has happened to most, if not all of us, countless times in icy road conditions.  We seem always to be testing the limits of the traction between our tires and the road.  We hit that point of temporary loss of control, there is a brief moment of panic as we regain control, and then we carry on at a slightly slower speed having found that “traction speed limit”.

Think, for a second, how dangerous that is.  Goodness!  How about the alternative option of assessing the conditions, adjusting our speed accordingly, and never losing control.

The driver of the Silverado reacted.  Yes, in retrospect, he reacted poorly.  Had he simply carried on without hitting his brakes, the crash would never have occurred. In the heat of the moment, he locked up his brakes, causing the truck to slide into the oncoming lane.  We don’t have the benefit of calm, cool, collected thought in the heat of the moment, though, and the law doesn’t expect that of us.

The judge found the driver of the Cobalt to be the one entirely at fault and dismissed the lawsuit.  The decision was appealed.  The highest court of this province, the British Columbia Court of Appeal, upheld the decision.

The seasonal warnings of the RCMP refer to fines that they will impose against drivers of vehicles that are not equipped with proper tires for winter driving conditions.  I believe the fines are in the $120.00 range.

I have provided you with an example of a legal case where a claim for injury compensation was dismissed, in part, because a driver didn’t heed those warnings.  The financial consequences to that driver were probably tens if not hundreds of thousands of dollars.

How oblivious must we be to the real consequences of dangerous driving behaviours if we could be influenced by the risk of a $120.00 fine?

I wish everyone a safe winter driving season.  Let’s make it more of a goal than a wish, though.  Each of us can do our part to increase road safety.  Heed the RCMP warnings and encourage those around you to do so as well, but not because of the risk of a fine.