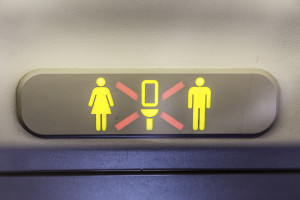 We British Columbians are free to express regret, by way of an apology, without fear of civil consequences.  As Canadians, we’re known for that.  Saying “sorry” is about as stereotypically Canadian as saying “eh”.  We say the word absent any fault.  In fact, we probably say “sorry” more when we’re not at fault than when we are.

A relatively new (within the last 10 years) piece of legislation, the Apology Act defines an “apology” as “an expression of sympathy or regret, a statement that one is sorry or any other words or actions indicating contrition or commiseration, whether or not the words or actions admit or imply an admission of fault…”.

You don’t have to worry about your insurance company voiding your insurance if you apologize, either, as the act clearly states that it does not “void, impair or otherwise affect any insurance coverage that is available”.

In circumstances I encountered on a recent flight, an apology might have helped my feelings and, if we were flying over British Columbia, would not have exposed the culprit to any additional exposure to civil liability.

In a lawsuit, had I pursued one, the apology would not have prevented the previous user from defending my claim by coming up with any of a number of reasonable explanations for what I encountered when I entered the cramped airplane bathroom.

There is a small sign above the sink in every airplane bathroom I have been in: “As a courtesy to the next passenger may we suggest you use your towel to wipe off the wash basin”.  What a lovely suggestion: a courtesy that would go above and beyond the normal courtesy that bathroom users ought to extend one another.

Basic, normal courtesy, would include what I say is an absolute duty, which is to follow that cute saying: “if you sprinkle when you tinkle, be a sweety and wipe the seaty”.

In a separate column, provided I can work in some sort of legal basis, I will express my views about men standing to pee.  By way of a small window of what to expect, my role model father actually knelt down to do his business.

It was no “sprinkle” that I encountered.  No, that word doesn’t come close to describing the mess.  Goodness, I would have put money that less got into the toilet than ended up on and around the seat, and likely also on the floor.

It had been a perfectly calm flight.  There would have had to have been an isolated incident of severe turbulence in the bathroom itself to somehow excuse the scene.

Whatever isolated turbulence might have caused the mess, it would have been nice if the “victim of the turbulence” had saving me the few minutes it took me to mop it up.

What was more disturbing, and a real eye opener for me, was that the person I had waited for to vacate the bathroom was a woman, not a man.  Apparently, actually taking a seat seemed unsanitary to her.

I wonder what legal principles I could base a lawsuit on, because I am not aware of being able to sue for a lack of common courtesy, but the law is ever changing and perhaps I could be a pioneer on that front.

Often, the threat of legal liability is necessary to bring about decent behaviour.  The threat doesn’t increase with an apology, though, and I encourage all of us to show good manners when we actually owe one.