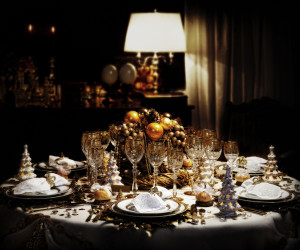 ”It is a time, of all others, when Want is keenly felt and Abundance rejoices”

The quote is from Charles Dickens’ A Christmas Carol, first published in 1843. I didn’t pull that quote off the top of my head, I had to look up the year of publishing on the Internet.

I am far from a literary scholar. In fact, I could probably count the novels I have read in the last 15 years on one hand.

I’ve never read this classic, but I was treated to a play rendition when visiting my old stomping grounds, Regina, last weekend. The quote has been knocking around in my head.

It is so very true.

Want is keenly felt. Abundance rejoices. The rejoicing of abundance is apparent everywhere, starting back on Nov. 1 when we are bombarded by extravagant Christmas displays in the retail world. I shudder to think about what happens to my family’s monthly budget over the holiday season. I come from humble beginnings and made my way through school with very little income. I have been blessed never to have felt “want” to any degree close to what is contemplated in Dickens’ novel.

The “want is keenly felt” part of the quote comes alive for me in my personal injury practice.

One of my initial consultations this week was with a fellow who was disabled from working for a number of weeks due to a crash. At a time when most people have been trying to put in a few extra hours at work so as to treat their families to a greater abundance over the holiday season, this fellow was earning no income, and his only access to funds has been through employment insurance.

Employment insurance benefits are only 55 per cent of regular earnings. The want is keenly felt in his household this holiday season. His young children may not realize that funds are short because little monkeys don’t need abundance to be excited about Christmas.

While they may not realize what’s really going on, they have certainly been feeling it. Even I felt it in the course of the 20-minute interview. It showed so clearly on his face as he described how things are going for him. He and his family do not deserve this. They did nothing wrong. They are keenly feeling want because of the negligent inattention of a motorist.

A couple thousand dollars from the insurance company representing the negligent motorist would go so very far. Of course, that little bit of an advance is not forthcoming, even though it is one of those cases where liability could not possibly be contested, and the adjuster knows that the insurance company will eventually have to pay much, much more than that. See, the more keenly an injured claimant feels want, the more likely he or she is to settle the claim for less than what it is worth.

It’s no wonder that there seems to be an unusually high number of settlement offers made leading up to the holiday season. It is the time, of all others, when want is keenly felt.