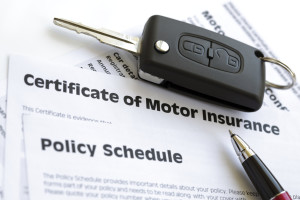 I am frustrated by how misinformed people are about how liability insurance works.

My frustration comes from three places. First, the lack of understanding leads to unfairness, the bottom line being that so many injured victims accept less than fair compensation for their losses.

Second, I have been writing this column for over four years and one of my primary themes has been enlightening people about how liability insurance works. Clearly, I am failing.

Third, I am somewhat hamstrung in getting my message across because the advice I give to avoid unfairness is simply to get legal advice. Personal injury lawyers like me make a living from taking on personal injury cases.

I know that if a roofer stops by my home and advises me that I need a new roof, my willingness to accept that advice will be coloured by the self-serving nature of the advice. The latest was yesterday, when a client told me about a friend who had settled her case directly with the insurance company for $50,000.00, only one year after the crash.

By telling me about that settlement, it was as if my client was asking how that friend had been able to get such a high settlement without hiring a lawyer. My face dropped and I got a knot in my stomach.

My emotional reaction was not from feeling challenged, though. Before asking any details of that other claim, I immediately shared my regret that her friend had been taken advantage of. While $50,000.00 may seem like a lot of money, it would have been far less than fair compensation.

Sure enough, her friend’s injuries were serious enough to have disabled her from working for a number of months. Likely a large portion of the settlement was income loss and reimbursement for medical care. Likely, the compensation she received for the “pain and suffering” portion of her claim was woefully inadequate, and she received zero compensation for the probability of problems she was going to have with work in the future. Who knows if she was paid anything at all for future care needs.

I keep statistics to show the difference between amounts offered to my clients before they get me involved and the final result.

The final result is usually several times the last best offer before my involvement. I do what I can to eliminate the perception that my advice is self-serving. I am quick to tell potential clients that any competent personal injury lawyer could have achieved the same results.

I recommend, in writing, that they don’t end their search for a personal injury lawyer with me, but rather that they interview a number of lawyers before making a decision on who to hire. Why do injured victims settle their cases directly with the insurance company without getting legal advice to find out whether the amount offered is really fair?

They are confusing liability insurance with house insurance. You pay insurance premiums to insure you against the risk that you will lose everything in a fire. If there is a fire, and you lose everything, your insurance company reimburses you for your losses.

In those circumstances, the insurance company actually owes you a duty of good faith. I’m not saying they always abide by that duty, but it is usually unnecessary to get a lawyer involved in a house insurance claim.

You are insuring yourself against a claim being made against you by someone you injure. This is why the best drivers, with no claims against them, pay the least insurance.

Of course their offer will be unfair!

Don’t feel bad if you didn’t understand this before. I have a friend, who I will not name in this column to protect her from embarrassment, who worked for four years selling Autoplan insurance and didn’t understand how this works.

Published May 1, 2011 in the Kelowna Capital News