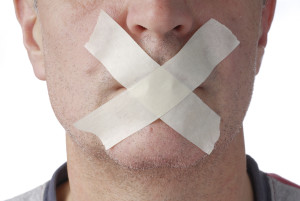 Have you ever been misinterpreted because something you said or wrote was taken out of context?

Context plays a huge role in communication. This is particularly true in the English language.

We have words that either look or sound identical that can mean completely different things, depending on the context. The word “pot”, for example, can be something you cook with, something that grows over your belt if you gain weight, something you sit on to relieve yourself, or something you roll into a joint.

The same holds true for expressions. You can physically fall off a wagon, landing on the ground, or fall off the sobriety wagon, ending up in the gutter.

It is rare, though, for a communication to be taken so far out of context that the intended meaning of a word or expression gets screwed up.

In my world of car crash claims, I see the context problem rearing its ugly head with clinical records. Clinical records are the hand written notes that doctors and therapists make when meeting with their patients.

Of course, the notes are not a complete transcription of what happened or was said during the meeting.

There might be a five to 10 minute discussion. The clinical notes might only be 30 words. A very small part of the discussion gets recorded. Not only are the notes a horrendously incomplete record of what was said, they lack context.

The purpose of the discussion and the jotted down hand notes is the patient’s treatment. The purpose is not to ensure a judge or jury reading those notes three years later has the opportunity to see a written listing of a full and complete description of the patient’s ongoing symptoms at that point in his or her recovery.

A reader of my column sent me a joke last week that offers a perfect illustration of the problems that can arise from clinical records.

The joke deals with notes taken by a policeman instead of a doctor. The policeman noted that a farmer had said he was fine when he was found lying in the ditch following a serious crash.

The insurance company lawyer is cross examining the farmer at trial, based on the policeman’s notes.

“Did you not tell the police at the scene of the accident, ‘I’m fine?’” asked the lawyer.

The farmer responded: “Well, I’ll tell you what happened. I had just loaded my favourite cow, Bessie, into the…”

“Didn’t ask for any details,” the lawyer interrupted, “Just answer the question. Did you not say, at the scene of the accident, ‘I’m fine?’”

The farmer said, “Well, I had just got Bessie into the trailer and I was driving down the road…”

The lawyer interrupted again and said, “Your Honour, I am trying to establish the fact that, at the scene of the accident, this man told the police on the scene that he was fine. Now several weeks after the accident, he is trying to sue my client, I believe he is a fraud. Please tell him to simply answer the questions.”

By this time, the judge was fairly interested in the farmer’s answer and said to the lawyer: “I’d like to hear what he has to say about his favourite cow, Bessie.”

The farmer thanked the judge and proceeded. “Well as I was saying, I had just loaded Bessie, my favourite cow, into the trailer and was driving her down the road when this huge truck and trailer came through a stop sign and hit my trailer right in the side. I was thrown into one ditch and Bessie was thrown into the other. I was hurt, very bad like, and didn’t want to move. However, I could hear old Bessie moaning and groaning, I knew she was in terrible shape just by her groans. Shortly after the accident, a policeman on a motorbike turned up. He could hear Bessie moaning and groaning so he went over to her. After he looked at her, and saw her condition, he took out his gun and shot her between the eyes.

“Then the policeman came across the road, gun still in hand, looked at me and said, ‘How are you feeling?’

“Now what the hell would you say?”

Just like in the joke, insurance company lawyers will pick and choose clinical notations that might suggest that car crash injuries are not as severe as they really are.

Imagine, after two weeks of bad days, you have a good day, and you tell your doctor that you are feeling good.

What about, on a day you have a splitting headache, you focus your attention on getting treatment for that headache and don’t mention your ongoing lower back pain to your doctor.

What a hay day the insurance company lawyer will try to have with the clinical record entries made in those circumstances.

Fortunately, you will have the opportunity to put those clinical notations into context by testifying at the trial about how you were actually feeling on those days, just like the farmer was permitted to do.

Whether in a legal context or in life generally, don’t be like the insurance company lawyer in the joke. Be fair. Ensure that you have the necessary context before you jump to conclusions about statements or notations made out of context