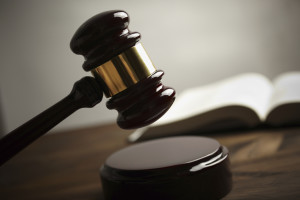 The acquittal, Wednesday, of a distracted driver charged with two counts of dangerous driving causing death, is hard to take for the families left to mourn the deaths of the young couple who lost their lives.

The tragic event occurred near midnight on October 19, 2010.  It took almost three years for the criminal charge against the distracted driver to make its way through the court system and result in the verdict this week.

The distracted driver testified in her own defence.  While doing so, she broke into tears as she apologized for the loss of life.  There was no disputing the fact that she was the one behind the wheel of the car that launched into flight after hitting a concrete median, smashing into the young people’s Suzuki Swift, ripping the roof off and killing the young occupants.

There was also no disputing the fact that the crash occurred because the distracted driver, travelling along the Lougheed Highway in Pitt Meadows, had pulled around traffic that had stopped at a red light at an intersection she was planning to pass through, and into a “right turn only” lane going highway speed.

The dispute was whether or not the distracted driver had committed the criminal offence known commonly as “dangerous driving causing death”, prohibited by section 249 of the Criminal Code.

A conviction would have resulted in consequences to the distracted driver and a sense of justice for those left behind.

The judge hearing the case reportedly believed that the distracted driver’s actions were careless, but not criminal, noting that in order for the distracted driver to be found guilty of the crimes there had to be a “marked departure” from accepted norms of driving behaviour.

The inattention shown by the offending nurse returning home late at night after an upsetting emergency room shift was not the “marked departure” that a criminal conviction requires.

The Criminal Code section was considered by Canada’s top court last year in a case called R v. Roy.  The court had his to say about the distinction between a “mere” departure from a standard of driving care and a “marked” departure:  “Simple carelessness, to which even the most prudent drivers may occasionally succumb, is generally not criminal.”  The court quoted with approval the following “If every departure from the civil norm is to be criminalized, regardless of the degree, we risk casting the net too widely and branding as criminals persons who are in reality not morally blameworthy”.

Our top court, and the judge applying the law this past week, are correct.  If we branded as criminals those drivers who fail to direct their full attention to the important driving task at hand we would be casting the net too widely indeed.   We have developed a driving culture where inattentive driving is the norm, not the exception.  Apart from meeting the test of being a “marked” departure, inattentive driving is arguably not even a “mere” departure from the common standard of driving care.

I urge those loved ones left behind in the tragic aftermath of inattentive driving to direct your disappointment not to the courts who apply the law we task them to apply, but instead to our driving culture, and join in working to change the driving attitudes that make up that culture.  Let’s work together to eliminate inattentive driving to the point that such driving resulting in this kind of tragic and totally avoidable loss of life becomes a “marked departure” from normal driving behaviour.