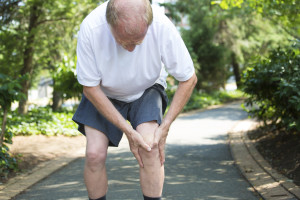 Do you want to feel powerful?  How about sitting as a juror in a personal injury trial?

You would not be as powerful as the injured victim wishes you could be.  If you were that powerful, your verdict would be: “Take the pain away”.

That verdict would fit with the goal of our legal system when dealing with a civil (not criminal) wrong.  The goal of the Court is to right the wrong by putting the wronged person in the position he or she would have been had the wrong not been committed.

For those, if any, who care, the Latin maxim underlying this goal is restitutio in integrum.

The only tool the Court has to achieve this goal is money.

Money can do some things to restore an injured victim to the position he or she would have been had the crash not occurred.  Expenses for treatment can be reimbursed.  Lost wages can be restored.  The expense to repair the damaged car can be reimbursed.  Anticipated future losses arising from a reduced ability to earn income can be figured out and compensated.

Unfortunately, financial consequences that can be reversed with money are only a small part of the losses suffered by car crash victims.

And it’s not just about pain.  I have learned from my clients that pain and discomfort are just the tip of the iceberg.

Losses that appear to be simply financial in nature have non-financial components that money cannot fix.

While income loss can be calculated and compensated, what about losing the human experience of pursuing a career that motivates you?

While the expense of physiotherapy and chiropractic and other treatments can be compensated by money, what about the inconvenience and disruption of having had to take an hour or two out of your day, three days a week, sometimes for months and months, to attend those treatments?

While the expense to have homemaking and yard care assistance can be compensated by money, what about the loss of privacy from having a stranger come through your home?

While the expense to fix the damage to your car can be reimbursed, what about the inconvenience of having to go and have it repaired and your knowledge that your new car is no longer pristine?

Further, while the pain itself can be really hard to take, it’s not the real kicker. The real kicker is the inability to continue reducing your golf handicap; the inability to properly cast with a fly rod; having to quit the ball team you played on for the last several years, the inability to enjoy sex; the inability to wrestle with the kids or carry the grandkids; the inability to just sit comfortably to read a book or crochet; the impact on relationships with your spouse and other people you used to do these things with; the loss of a sense of self-worth; the depression that is bound to set in; the anxiety you face every time you get back behind the wheel.

Then there’s having to bare your soul to someone like me, a stranger who needs to know everything about you, and the stress and anxiety of fighting a big insurance company to achieve justice.

How can money possibly restore a car crash victim to the position he or she would have been in had the crash not occurred? It simply cannot. What do you do, then, as a juror, when you are asked how much money you are going to require the big insurance company to pay in compensation for these losses? How do you attach a price to something that is priceless?

How about if you asked the car crash victim to think back to just before the crash, and given the benefit of hindsight to tell you how much money he or she would have willingly accepted at that moment in fair exchange for the car crash losses that ensued?

Good luck with that one! Do a poll of people in your life who suffer from some sort of chronic pain. I doubt there would be any hesitation at all when they tell you that they would take the pill regardless of how much money was sitting on the other side of the scale.

To make matters worse, the law in British Columbia does not allow the Judge or the lawyers to give you, as a juror, any guidance on how much financial compensation to award.  In contrast, a judge in a trial without a jury gets to see what other Judges have awarded in similar circumstances, and also gets to hear both lawyers give their pitch on what dollar amount would be reasonable.

I don’t know how jurors come up with the numbers they come up with in compensation for non-financial losses.  Unfortunately, our laws prohibit me from interviewing jurors to find out.  A jury’s decision is a reflection of societal values.  The amount awarded to compensate for the loss of the very things that make life pleasurable is a reflection of the value our society puts on those intangible things.  Jurors do their very best to achieve justice, so far as is possible, by way of an award of financial compensation for these non-financial losses.