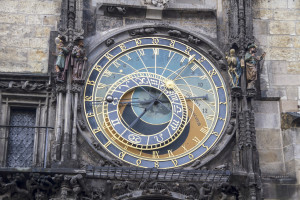 We are exposed to life’s minor injustices on a regular basis—an impatient shopper cutting in line, a schoolyard bully stealing a treat, a cheater.

Even the minor ones are hard to take. I want to jump in, send the shopper to the back of the line, return the treat, disqualify the cheater.

Of course, I am not alone. I like to think that we all have that sense of fairness. How often, though, do we actually get to stop injustice in its tracks?

Not long ago, I was consulted by a fellow who had been injured in a car crash through no fault of his own.

It was just over two years after the crash and the pain from those injuries had become chronic.

He was looking for a lawyer to help him achieve fair compensation for his injuries. How I wished he had come to me just a couple weeks earlier.

Have you ever heard of a limitation period? It is a time limit.

If a lawsuit is not started within the time limit, the right to fair compensation expires.

One day, you have a claim and the next day, the claim is gone. The fellow who consulted me had been dealing directly with the insurance company.

One day he had a case and the next day he didn’t. I wonder how many of the hundreds of millions of dollars of insurance company profits are made up of cases like that one. I wonder if they uncorked champagne.

Is your skin crawling? Hang on. I have a better story.

It was a Friday afternoon. I had just returned to the office from a type of pre-trial hearing.

A lady called me over as I was heading into my office. She asked me if I did any personal injury work. (No, she doesn’t read this column.)

She told me about her sister who had been in a crash a couple of years earlier. She had been dealing directly with the insurance company but had finally decided to hire a lawyer.

I don’t know exactly what the insurance adjuster told her but I do know what she had come to understand from those discussions.

She understood that if she didn’t settle her claim within two years, she would have to hire a lawyer. Her sister was helping her find a lawyer.

Get this: It was two years to the day after the crash.

In my mind’s eye, I could already see the bottles of champagne lined up, on ice at the insurance company offices.

In 2 ½ hours, the court registry where the lawsuit had to be filed would close.

In 150 minutes, the claim would be gone.

There’s something about a looming deadline that focuses you. There’s also something about 150 minutes standing between justice and injustice that stokes the fire under your boiler.

Fortunately, we live in a technological world. I was able to contact the sister on her cell phone.

Once I explained the urgency of the situation, she immediately left work went home and gave me the necessary information from the police report.

I left an urgent message for the adjuster but, of course, I couldn’t rely on a timely response from him.

I prepared the writ on my computer, printed, signed, scanned and filed it electronically.

It was a sweet thing seeing that electronically affixed court registry date stamp on the document. Injustice averted—by a hair. I’m not a champagne kind of guy. I cracked a beer or two.

There’s a lesson in this. You cannot rely on an insurance company to advise you about your rights. That’s not its role. Its allegiance is to the driver who caused the crash and to its bottom line, not to you. Another lesson? Sometimes the stars really do line up.