Must the police be deterred from breaching our Charter rights?  Are the “Charter damages” awarded by the courts a sufficient deterrent? 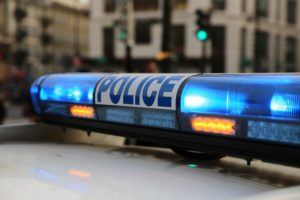 A police officer, suspecting that Ms. Joseph had concealed an item, was intent on searching her bag.

He asked to talk to her, she refused and he forcibly arrested her and searched her bag.

He did not have the necessary grounds to arrest her. The arrest and search were breaches of Ms. Joseph’s rights not to be arbitrarily detained (section 9 of the Charter), and to be secure against unreasonable search (section 8).

I suspect that most people would have just “taken it”. If a police officer came up to me asking to look through my belongings I think I would readily comply.

I’ve got nothing to hide. I want to help, not hinder, police officers in their important work of enforcing our laws and protecting us from law breakers.

But I’m a straight, middle class, middle aged white guy who dresses accordingly. I live in a middle class neighbourhood. I’ve never walked the earth under a cloud of unfair suspicion and mistrust.

I would be the last person stopped by the police during a “street check”. And if a store security person was going to follow someone around to ensure they didn’t steel anything, they wouldn’t choose me.

I don’t carry a purse that contains all sorts of mysterious and personal things I wouldn’t want rifled through!  And I’m not an incredibly private person who would be mortified by a breach of my personal privacy.

We want our police to enforce our laws and protect us from bad guys, but we want them to do so while conscientiously respecting our Charter rights.

Can we expect our police to conscientiously respect our rights without some mechanism that deters their breach?

The most common deterrent for beach of Charter rights is exclusion of evidence. Criminal law databases are full of cases where the police have successfully caught a bad guy, but the case has been thrown out because they got their hands on the incriminating evidence by trampling on the bad guy’s rights.

Police don’t want the hard work they’ve done catching bad guys to be tossed out, so they hopefully kick themselves when that happens and resolve to be more conscientious about respecting Charter rights in their future investigations.

If you’ve done nothing wrong, like Ms. Joseph, that deterrent does not exist. The only deterrent comes from section 24(1) of the Charter that allows you to apply to a court for a remedy.

The remedy is an award of “Charter damages”.

Mr. Alan Ward who had been properly arrested, but unnecessarily required to strip down to his underwear to be searched before being placed in cells, was also awarded $5,000.00 (Vancouver (City) v. Ward, 2010 SCC 27).

Randolph Fleming, whose freedom of expression was breached when he was prevented from attending a protest, was also awarded $5,000.00 (Fleming v. Ontario, 2019 SCC 45).

Michael Fong was awarded $2,000.00 for an unlawful arrest, brief detention and a “search” that involved only his wallet (Fong v. British Columbia (Minister of Justice), 2019 BCSC 263).

Luke Stewart was awarded only $500.00 for an improper backpack search that police had required in order to allow protesters to enter a park (Stewart v. Toronto (Police Services Board), 2020 ONCA 255)

Those amounts might make sense if you could have your complaint fairly assessed in an inexpensive manner. But that is not the case.

In each of those cases there were trials where the claims were vigorously defended. Two of the cases (Ward and Fleming) required appeals up to the Supreme Court of Canada.

Lawsuits are expensive. For example, after winning his token $500.00, Luke Stewart claimed “partial indemnity” (not completely covering his legal bill) costs of $48,000.00 for just the appeal and he was awarded only $20,000.00 of that. His costs for the trial were going to be separately assessed.

Will the threat of a $5,000.00 consequence, available only after spending tens of thousands of dollars in legal bills that are only partly reimbursed in costs, motivate the police to be conscientiously mindful of our rights?  Heck no.

Perhaps courts will increase their awards to make them meaningful. And require 100 percent reimbursement of legal expense incurred pursuing them.

In the meantime, we are left with the incredible irony of hoping the bad guys will continue to look after us by giving police consequences (the exclusion of evidence) when they breach the bad guys’ rights.