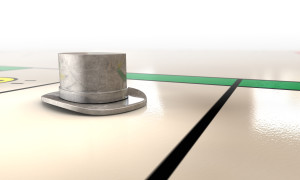 Let’s take an unfortunately common two vehicle crash: the left turn scenario where you are turning left at an intersection and collide with an oncoming straight-through driver.

Each of you turns to ICBC.

Much to your surprise and disappointment, ICBC tells you that you have been assessed 100% at fault.  They reassure you, though, that they will look after paying the other driver’s claim.  That’s what liability insurance is for.

Your claim?  ICBC tells you that you don’t have a claim because you were at fault.  How could that be?  There had been lots of time for the oncoming driver to stop for that yellow light.  Traffic in the other oncoming lane managed to stop.  The light was just about to turn red.

The Insurance Company of British Columbia, a crown corporation, has determined that you were at fault and that’s the end of the matter, or so you think.

You don’t realize that ICBC’s assessment of fault might be wrong, that in fact there have been cases where ICBC’s fault assessments were proven not just somewhat wrong, but 100% wrong in court.

You also don’t realize that ICBC will do an “about turn”, to use marching lingo, when defending the other driver’s claim.

The fair thing to do, after telling you that you have no claim, would be to pay full, fair compensation for the other driver’s injuries and losses, based on their 100% fault finding in that driver’s favour.

That’s not what will happen, though.  They will use the considerable resources of that crown corporation to try to prove that the other driver, not you, was at fault.  Ironically, you will be their very best, and most important witness.  You will be a pawn in their shell game.

Maybe they’ll get away with paying $0.50 on the dollar of the other driver’s claim.  If they get lucky in court, and their initial fault “assessment” is reversed completely, they will pay nothing.

If all goes their way, they end up paying nothing to you and then they pay nothing to the other driver.

An ICBC insured driver wrote to me to express his dissatisfaction with having been used as a pawn in this kind of scenario.  ICBC originally assessed him at fault in the midst of his attempts to vindicate himself.  Later, after he was sued by the other driver and the case was gearing up for a trial, ICBC used his testimony as evidence to assert that the other driver was at fault so as to reduce their settlement obligations.

Can you trust that ICBC’s fault “assessment” is correct?  As has been a theme of my column since I started writing it six and a half years ago, I say you cannot be confident that anything at all ICBC tells you about your claim is true.