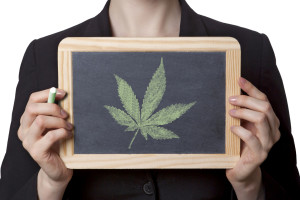 I happened upon a bloody fight last weekend in Kelowna.

My wife, four year old and two year old had parked our minivan on Lawrence Avenue and wandered through City Park.

We were enjoying the park while our six year old was with her Sparks troupe for the afternoon.

Two enthusiastic thumbs up to the city planners who preserved that piece of paradise. The kids always enjoy themselves there.

As we returned to the van, I noticed two men locked in a fighters’ embrace across the street.‚

My guess is the one fellow was in his 50s. The other might have been in his 20s.

The younger fellow seemed to have the upper hand, but he wasn’t taking any swings. He was just sort of restraining the older fellow, whose nose was spurting blood. He had a handful of the older fellow’s hair.

I suppose I’ve lead a sheltered existence. I had never before come across such a scene.

My immediate reaction was to grab the camcorder I had used to capture memories of my little ones frolicking in the park.

Perhaps my initial impulse to record the event stemmed from regularly having to piece together the details of exactly what happened in car crashes using imperfect eye witness accounts.

I was almost immediately berated by a lady who was walking by.

She said something like “Why don’t you call 911. That’s disgusting.”

She must have assumed I was enjoying the event. Her judgmental tone irritated me, particularly because I didn’t see her pulling out her own cell phone. But she had made an excellent suggestion.

I put down the camcorder and called 911.

I expected to be simply directing the police to the location. Instead, I was faced with what seemed like a barrage of questions. What was the urgency in knowing my home address and detailed descriptions of the fighters?

Seeing the fight escalate from a fighter’s embrace to an exchange of blows, I hung up on the 911 operator feeling I had to intervene.

In hindsight, I probably should have just put the camcorder back on and waited for the police to arrive. I was lucky. My only battle scars were splatters of the older fellow’s blood on my arms.

No aggression was directed at me, and even if it had been, I could quite easily have gotten out of harm’s way.

Both men were quite intoxicated. My experience last weekend raised a number of potential column topics—violence in Kelowna’s downtown, how to react when you come upon a fight, the laws of citizen’s arrests.

The focus I am going with was narrowed for me the evening of the event, when I saw a news story about a study that assessed alcohol— a legally accessible drug more dangerous than other drugs such as ecstasy and marijuana.

I have no personal knowledge of ecstasy, but I’ve witnessed the effects of marijuana and can say with some confidence that the fight I came upon would never have happened if the participants had shared a joint instead of a case of beer.

These types of alcohol-induced incidents have the effect of taxing our police, our hospitals, our courts and our prisons.

Add to that the severe social impacts alcohol has on families and the economic impacts of alcohol on work productivity and it’s no wonder alcohol was assessed as being dangerous to our society.

There may be serious social concerns about marijuana use as well but they are not as readily apparent.

The biggest social concerns that jump out at me about marijuana arise not from the use of the drug but, rather, from the criminal framework that is required to produce and distribute it.

Those social concerns only exist because our governments have decided to criminalize that drug.

It is particularly interesting that the use of marijuana for such medical purposes as chronic pain management has become generally accepted, to the point that the drug can actually be prescribed by a doctor.

How does this topic fit in a column entitled Achieving Justice?

There is something manifestly unjust about the glaring contradiction that allows a more dangerous drug to flow freely while law enforcement and other of our society’s resources are spent trying to stop the flow of another drug that is both less dangerous to our health and actually can offer significant medicinal benefits.

It’s not necessarily all that helpful to point out contradictions without offering solutions. I don’t have the answers. I’m just a citizen who witnessed a violent manifestation of one of the many harms of alcohol, and heard of a study that put the contradiction in how our society regulates the use of drugs front and centre.

Published May 11, 2008 in the Kelowna Capital News