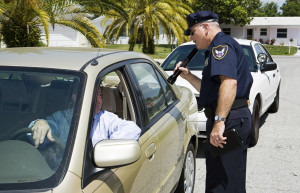 A six year old boy is killed and his mother’s leg is broken.  A 21 year old man is on trial.  He is charged with offences of drunk and dangerous driving causing death and injury.

My son, Caden, is six year old.  A grade one student at Rose Valley Elementary School, he has started to learn karate and how to play the piano this year.  My advance confession: I would behave irrationally if anyone touched a hair on that boy’s head.

If it was a jury trial, I wouldn’t write this column for fear that someone on the jury might disregard the judicial direction to stay away from the local newspaper and be poisoned by my opinions.

I figure it was an excellent choice to go without a jury on this one.

Hang him.  Hang him high.  I want to see his legs twitching.

Oh right, we don’t get that satisfaction in Canada.  Who was the bleeding heart who did away with capital punishment anyway?  There’s no mistaken identity in this case.  We know who did it.

At least put him away for life, with no chance of parole for 25 years.  A life for a life.

He needs to be taught a lesson.  He needs to pay for the horrendous harm that he has caused.

The Court needs to send a message.  This is what happens when you kill children.

We can’t bring him back.  Might his death somehow bring about some good?

A young man rotting in jail?

Is our collective grief and anger appropriately directed at that young man?

Of course it is.  He killed the boy.

Full stop.  Let’s be fair for just a moment.  What did the young man really do?  According to media reports, there were blood alcohol readings after the event indicating that the young man had consumed a quantity of alcohol before driving.  Who knows what the evidence will show about his  blood alcohol level at the moment that boy was hit.

According to media reports, the Crown evidence will be that he had been travelling approximately 60 kms/hour.  A witness will apparently testify that there was nothing untoward about his driving leading up to the moment, at 10:30 at night, when the young boy was struck as the boy was led, jay-walking, across Harvey Avenue by his mother.

According to a media story dated May 1, 2012, the Kelowna RCMP had taken 950 impaired drivers off our roads in the previous year.  Of course, that’s the tip of the iceberg.  If 950 were caught, how many others drove impaired without any consequences?  One United States statistic (I couldn’t find one for Canada) is that one arrest is made for every 27,000 miles driven drunk.

That young man isn’t the villain.  You are.  We are.  We all are.  Why are we choosing not to take a stand against the impaired driving that is all around us?  Why are we leaving it up to the police to chisel chips off the iceberg?

Should that young man spend time in jail?  If so, should you and I join him…