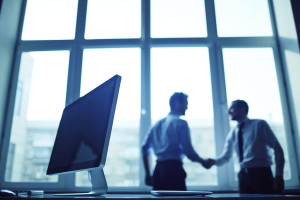 Do you lose your claim because the insurance company thinks that you were partially at fault for a crash?

Many people think so. They are wrong.

I wonder if the insurance company would correct such an incorrect perception of the law. OK, you got me. I don’t really wonder at all.

First of all, why would anyone care what the insurance company thinks?

A determination made internally by the insurance company as to who is at fault in a crash is as binding as duct tape on mashed potatoes. The court always has the final word.

The insurance company could have made a determination that one driver was 100 per cent at fault, and the court could make the exact opposite finding, completely exonerating that driver.

The wrongfully accused driver would have suffered insurance consequences from having an “at fault” crash on their driving record. On the court decision being pronounced, perhaps years after the crash, the insurance company would be forced to reverse all those consequences retroactively.

But what if the court decision is not 100 per cent in your favour? What if you are found to be partially to blame for the crash?

Perhaps you were trying to make it through a yellow light and an oncoming vehicle, facing that same yellow light, turned across your path, causing a crash.

The court may find you both partially to blame—the other driver for making a turn when it was unsafe to do so and you for failing to exercise due care when approaching a yellow light.

Regardless of your degree of fault, the other driver is responsible to compensate you for your losses arising from the crash to the extent of his or her degree of fault.

What about if the other driver has a claim as well? Let’s say that fair compensation for the other driver’s injuries is also $100,000. With you shouldering 75 per cent of the fault, his or her claim against you would be $75,000.

You would be wrong. You have liability insurance. You paid good money for that insurance. You don’t have to pay the $75,000 to the other driver because your insurance company will pay it. You end up with the $25,000 free and clear.

Would the insurance company explain that to you? Don’t hold your breath.

There are many elements about car crash claims that may be very, very different from what you might expect. This area of law can be very complex.

Most lawyers offer a free, no obligation consultation for personal injury claims. Take advantage of that to get appropriate legal advice from an experienced personal injury lawyer, so that you’ll have a clearer understanding of how the laws might apply in your case.