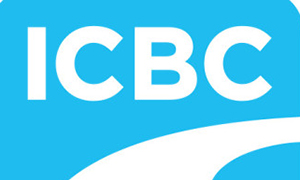 Re: Hergott; ICBC Hiding Behind the Face of Insured Defendents, Sept 22 West section,

When you purchase your basic auto insurance from ICBC it comes with a guarantee that we will defend you in court from action taken against you as a result of a motor vehicle crash. It does not mean we become the defendant but that we will be there to protect you.

The plaintiff’s lawyer, of course, would rather have a jury believe their client’s action is against a large insurance company rather than against a real person. They know full well that it’s not to their benefit for a jury to see that a real person is being sued.

It is more than misleading to say that ICBC will always be on the hook for a court awarded settlement. The people being sued may not have enough insurance to cover the court’s award. In a recent case, one person was awarded more than $12 million and three other people were responsible for paying the settlement which far exceeded their coverage.

It is important that those who hear bodily injury cases understand the claim is being made against a real person and that’s why we prefer to have that person present in the courtroom. However, Mr. Hergott’s central point that we always insist on our customer—the defendant— being present during the entire trial is incorrect.

We often receive requests from customers to be exempt from court and we regularly grant exemptions for a variety of reasons, including being unable to take the time off work or for a health issue.

We spend approximately $1.5 billion on injury claims annually. We owe it to our customers todo everything we can to ensure court awards are fair and reasonable, in turn allowing us to offer customers the best coverage at the lowest possible price.