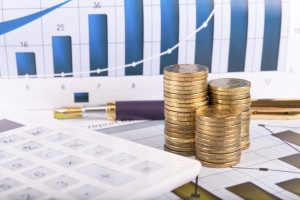 A good friend of mine made a comment last week that has been gnawing at me. In a tone that suggested personal injury lawyers are overpaid, he brought up the fact that I receive one third of a client’s claim amount if successful. I think that it is a commonly held, and understandable, perception.

Take a look through the Yellow Pages and you get a clear idea of how lucrative personal injury law can be. You don’t see other businesses spend so much money on mass advertising. Take a claim having a value of $90,000. How can it possibly make sense that a lawyer charges $30,000 in fees to handle the claim? How can sitting at a desk and talking on the telephone be worth $30,000? Why not simply settle with the insurance company for $30,000 less and avoid the hassle of a lawsuit, and avoid lining a lawyer’s pockets with money?

Let’s start with the work a lawyer puts into a case. One simple truth about any commission work is that the more work you do to earn your commission, the less you are getting paid for your time. At an experienced lawyer’s hourly rate, $30,000 might translate into 100 hours of work. It is no exaggeration to suggest that during a trial, a plaintiff’s lawyer might work 14 hours per day, seven days per week. An average run-of-the-mill personal injury trial might take two weeks. Do the math.

The value of the lawyer’s time running the trial itself is close to $60,000. The trial is just the last piece of work on the case, though. The lawyer will have already spent three to five years working on the file before the trial, and a large portion of the last couple of months leading up to the trial will be spent preparing. This isn’t a matter of sitting at a desk and chatting on the phone.

Most cases are settled before the trial. The thing is, it often takes getting to the point of being ready to walk into the courtroom before an insurance company will pony up fair compensation. And by that time, enough time has already been spent by the lawyer that there is no financial windfall.

When I first started practising as a personal injury lawyer, I gave two options. I explained that while lawyers are usually hired on a percentage commission basis, I would agree to be paid for my time at my hourly rate instead, if that was what my client wanted. I explained that there are pros and cons to both options. If you hire a personal injury lawyer on a percentage fee basis, it is possible that the case will settle early in the claim process and the lawyer will receive much more than if the lawyer had been paid by the hour.

On the other hand, if you hire the lawyer by the hour and have already paid $30,000 in fees before facing the $60,000 expense of running the trial, you might end up paying more in legal fees than your entire claim is worth. I stopped giving the option because it felt like I was talking to a brick wall. No-one wanted to hire me by the hour. Everyone wanted to hire me on a percentage commission basis.

So, what about the other issue? What about simply settling the case for whatever you would otherwise pay the lawyer and avoid the hassle? That solution is based on a ploy insurance companies love to capitalize on— keep injured crash victims away from lawyers.

It is also based on the fallacy that an insurance company will offer something of a fair offer without a lawyer being engaged and the case being properly pre-pared. The reality is that the last, best offer the insurance company makes to a crash victim who deserves fair compensation in the $90,000 range is likely under $15,000. I keep statistics that back this up.

I know some personal injury lawyers who make ridiculous amounts of money and I know others who have trouble making a living. That is also true in most other self-employment occupations. Making a value judgment that lawyers are overpaid without knowing the facts behind the one-third contingency fee is simply unfair.