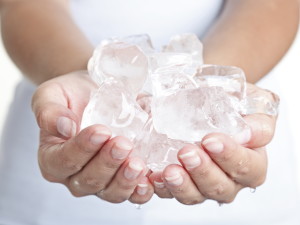 Credit for this week’s column topic goes to local internet phenomenon, Lori Welbourne, who produces an edgy talk radio show every Wednesday night called “On the Rocks” with co-hosts Jason Rock and Stuntman Steve.  The show comes with the alluring warning: “On The Rocks contains mature and sexual subject matter, listener discretion is advised”.

One of the internet headline topics of discussion this week was 19 year old model, Cheyenne Lutek, who tested the limits of New York City’s recently relaxed laws regarding partial nudity by slipping off her blouse in a trendy restaurant.  She was escorted out by management, but later posed topless with two New York City police officers who have been directed not to cite topless women for public lewdness or indecent exposure.

To prepare for the show, Lori posted the topic on facebook asking about the legality of baring breasts in Kelowna.  I couldn’t resist doing a little research.

What would happen if you were to bare your breasts in public in Kelowna?  In 1906, you might have spent time in jail.  When looking for by-laws on the subject on the City of Kelowna website I came upon this piece of history:  “”1906 – Kelowna City Council passed a bylaw and instructed the presiding Chief of Police, William Brent, to prohibit nude bathing in Okanagan Lake between 6 a.m. – 9 p.m. Skinny-dippers were fined $100 or sentenced to 30 days in jail!”

The only current City of Kelowna by-laws I could find, related to breasts, have to do with the circumference of trees.  I was interested to learn that tree circumference is measured at breast height.  It’s a defined term: “Circumference at Breast Height” (CBH for short).  Imagine that.  In the context of women’s breasts, does that strike you as problematic?  Is it unrestrained or brassiered breasts, for example?

The municipality of Maple Ridge passed a by-law in 1997 requiring “females over the age of eight (8) years” to “fully cover all portions of their nipples and aureole with opaque apparel”.  The by-law was passed in specific response to Linda Meyer’s declaration that she would be baring her breasts in a public leisure centre.  Linda disregarded the by-law and was charged.  The court hearing the matter declared the by-law void because a municipality does not have jurisdiction to create by-laws that fall within the gamut of criminal law.

Ms. Meyer’s bold assertion that she would go bare-breasted was no doubt inspired by legal developments in Ontario the previous year.  A 1996 Ontario Court of Appeal decision found that while most women might choose not to be bare-breasted in public, it is not something that offends the “community standard of tolerance”.  The decision resulted in the acquittal of Ms. Gwen Jacob who had been criminally charged and fined $75.00 for removing her shirt.

You might find this odd, but court decisions in other provinces are not automatically binding in British Columbia.  They are persuasive, though, particularly when they come from a court of appeal.  If I “had a pair” in the female context, I would feel very confident that I could dangle them on the streets of Kelowna without risk of a criminal conviction.

I doubt that this clarification about the law will result in the mass display of women’s nude breasts in Kelowna, but I wonder if it might reduce the frowns of disapproval that seem to crop up when a mother attaches her baby’s mouth to that supposedly offensive part of her anatomy in public?