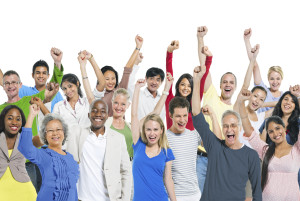 I’m gonna have to throw myself a party because the column marks my fifth anniversary as a weekly columnist with the Capital News. (Shoot me an email if want the date and time.)

It has been a lot of writing. Add up the two to three hours I spend writing each column, and my 250-plus columns translate to more than 15 weeks of work at 40 hours per week.

But “work” is a poor word for it. It has been an absolute priviledge.

I owe a debt of gratitude to the Capital News for giving me the soap box on which to preach my ideas of justice.

And if anyone deserves a party, it’s my wife, who has to endure 250-plus late evenings of me sitting with my laptop in bed the night before my deadline.

The majority of my columns have been on topic, the topic being “achieving justice” in the context of personal injury claims.

I have relished the opportunity to expose injustices and provide advice to counter insurance company tactics.

The few responding letters to the editor authored by management and high-level insurance company representatives have been feathers in my cap.

Regular readers will have noticed, though, that I more and more frequently I have been drawn to stray from the justice theme and write about driver attitudes and driver safety.

Over the many years of helping innocent victims of car crash injuries pursue fair compensation for their injuries, I have examined the causes of hundreds of crashes.

Car crashes are not inevitable accidents that are bound to happen.

As long as we fail to realize that, we will fail to recognize and become excited about the potential for change.

I have also gained insights into the high cost of financial and personal, of those crashes on with innocent victims.

Unless you or someone close to you has suffered those losses, you are unlikely to appreciate how vulnerable you are to suffering the same fate.

Our failure to realize the magnitude of the suffering that motor vehicle crashes cause and that we, or someone we love, could be next, will rob us of the motivation to demand change.

I am embarking on a campaign to make our roads safer, called One Crash is too Many.

You may have noticed those words at the end of several of my past columns.

My agenda is to raise awareness of the huge cost of car crashes to victims and society in general, along with the awareness that eliminating those costs is as easy as changing attitudes.

With awareness will come the motivation, and the political will to do something about it.

Wish me luck. But better yet, jump on the bandwagon. Oh, and don’t worry, achieving justice will continue to be the main theme of my column.