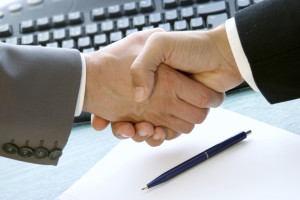 I may be the least likely person on the planet to be supportive of ICBC. I typically have ICBC in my cross-hairs, taking aim at what I consider the unfairness in the way it handles crash injury claims, particularly when the claimant is unrepresented.

I have always been clear, though, that I have nothing against the men and women who are employed by ICBC, who are simply doing their jobs. They are paid to follow corporate policies that are designed to maximize corporate profits. That’s what corporations do, whether private, public or Crown corporations.

By minimizing what it pays injured victims of car crashes, it is maximizing profits.

As distasteful as I might find its methods, it’s the real world. It has another way to maximize profits, though, one that I am 100 per cent in favour of. I’ve commented several times that the best car crash claim is no claim at all.

Stop car crashes, or at least minimize them, and the claims are minimized as well. The fewer the claims, the less dollars ICBC has to pay, and their profits are maximized. Obviously, at least to me, the corporation’s motivation is not to make our roads safer. Its motivation is to reduce claims. That’s fine by me. But whatever the motivation, if the result is less carnage on the roads, I’ll support it.

The intended result was an ambitious one— to change attitudes. If successful, young men would start viewing drinking and driving as something to be as shunned as, in the case of one ad, being caught by your mother and police officers using a penis pump.

Young men are not afraid to die. They are, however, afraid of being caught in embarrassing situations. Kudos to ICBC and its advertising team for coming up with a brilliant campaign.

But the campaign was killed in June, 2009, by then solicitor general, Kash Heed.

Reportedly, controversial sexual themes were thought to overshadow and “make light of” the serious message of impaired driving. ICBC commissioned the advertisements and began airing them. Heed killed the campaign. ICBC’s director of road safety has said it was a decision “we all made,” referring to ICBC, the police services and the superintendent of motor vehicles.

Obviously, ICBC was required to agree, because otherwise it wouldn’t have started airing the campaign, an advertising campaign that would have put our society’s pathetically casual attitudes about drinking and driving front and centre, acting both to change attitudes as well as to bring the subject to the forefront through controversy.

But it was killed one year ago, just as it began to air.

A total of $1.7 million of our tax dollars was put into that campaign. ICBC has been working on a replacement campaign but it has yet to be unveiled.

In the meantime, how many British Columbians have been injured or killed by young men who have driven drunk – young men who might otherwise have been swayed by an edgy campaign.

I am on your side on this one, ICBC. Be edgy. Be controversial.

My only criticism is that you bowed to the pressure from your campaign partners and the campaign you conceived and started to run was scrapped.