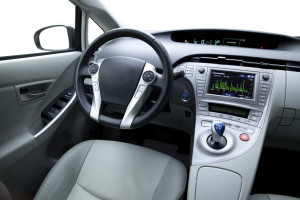 Have you heard about the class action lawsuit against Toyota? I hadn’t until a regular reader of my column sent me a link to an article on the CBC website. He specifically referred me to comments that members of the public had made about the story.

The comments were very disparaging, suggesting that those bringing the lawsuit were “sue happy” and should be ashamed of themselves. My initial reaction to reading the news story was a negative one as well. I should have known better. Really, it is me and everyone who commented negatively about the story who ought to be ashamed.

The assumption we made was that those with the recalled vehicles hadn’t lost anything. Toyota is already taking steps to fix the problems, free of charge.

It is repugnant to think that a class action lawsuit, or any lawsuit, would be brought for the sake of suing, instead of to recover losses. I did a little Internet research to get the straight goods on the situation, and found an interview with the lawyer who commenced the lawsuit. The loss each recalled vehicle owner has allegedly suffered is a loss in the value of their vehicle.

Whatever a vehicle might be worth, it is allegedly worth less after a potentially serious defect is discovered leading to a mass recall and the need for repairs. The allegation makes some sense.

It’s similar to the reality that a vehicle having been in a crash is worth less than a vehicle that hasn’t even if fully repaired. How much less? Who knows.

Let’s say it’s only $1,000. Even if such a small amount, is it fair that the vehicle owners bear that burden instead of the manufacturer?

No one individual would bring a lawsuit against Toyota to recover a $1,000 loss. With a class action, though, such an action makes sense. The lawyer who commenced this one estimated that at a loss of only $1,000 per vehicle, the total losses to Canadian owners would be $400 million.

If those are actual losses suffered by actual people, then it is arguably proper that those losses be compensated by Toyota.

A class action provides a way to achieve a just result. That’s why class action lawsuits came into existence. They are to deal with precisely this type of situation, where a large number of people have suffered a loss, and where it would be cost prohibitive for any one of those people to bring a lawsuit to collect just their loss.

Before class actions, big companies that caused such widespread losses laughed all the way to the bank. Now, they can be held to account.

Now practically speaking, did the lawyer heading up this lawsuit do so in the pursuit of justice, in order to benevolently assist Toyota owners to recover the modest losses in their values of their vehicles? Or, did he do so with an eye to the huge legal fees that can be charged on a $400 million case?

Shoot, there I go again. Will I ever learn?