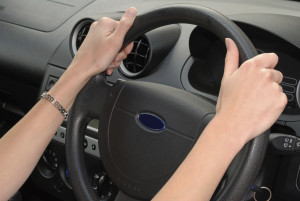 A single vehicle “accident” north of Vernon on Friday night highlights the risks of drowsy driving.

It was approximately 10:30 p.m.  An RCMP officer monitoring traffic speed watched it happen.  A Toyota pick-up truck failed to follow a curve in the highway, crossed the centre line and the oncoming lane of traffic, passed by the parked RCMP cruiser, went up an embankment, and then rolled over.

I referred to the incident as an “accident” on purpose, so that I could emphasize the inapplicability of the word.  Dictionary definitions of “accident” include words such as “unintentional” and “unexpected”.  To the contrary, the conduct of driving drowsy was entirely intentional and falling asleep was a totally predictable result of that conduct.

I am thankful that we are not facing yet another Okanagan funeral arising from yet another entirely preventable vehicle crash.  At least not this week, or so far this week.

Are crashes arising from drowsy driving really entirely preventable?  Of course they are.  If all drivers made the choice to pull over and stop when we start feeling drowsy instead of playing Russian Roulette with ourselves and other motorists, no one would ever fall asleep at the wheel.

For those who don’t know, Russian Roulette is that “game” where you put one bullet into a revolver, spin the chamber so you don’t know where the bullet is, put the gun to someone’s head and pull the trigger.

Am I being overly dramatic?  I don’t think so.

Unfortunately, this driver’s dangerous conduct was not unique.

A recent study found that two out of every five drivers admit to having fallen asleep at the wheel at some point, with one in ten saying they’ve done so in the past year.  More than one-quarter admitted that they had driven despite being so tired that they had difficulty keeping their eyes open during the previous month.

The Toyota driver isn’t the problem.  He’s a symptom of a horrendous lack of care in our driving culture.  I expect that almost everyone reading this has pushed their drowsy driving to a dangerous point.  This writer has.

Driving drowsy is just one of many crash causing driving behaviours that could be eliminated if we could somehow change our society’s attitudes about driving; if we could simply convince all of us to give driving the care that it deserves.

I am a believer in mass marketing.  A classic example of the effectiveness of mass marketing is, on the one hand, cigarette companies convincing generations of smokers to pick up the habit and, on the other hand, government propaganda causing most of us to now view smoking as disgusting.

We have seen some success from campaigns to increase seatbelt and headlight use, and campaigns to reduce impaired driving.

I believe that changing driver attitudes is the key to reducing crashes.  Sure, we can throw money at safer roads and intersections, and on more effective traffic enforcement, but all of that would be unnecessary if we “simply” changed our driving attitudes.  In my view, it is those dangerous attitudes we should be throwing money at changing.

Let’s push government to conceive of and fund effective marketing campaigns.  In the meantime, though, each of us can do our part.  We can start by looking in the mirror and committing to stop making dangerous driving choices.  We can then look around us and demand that commitment from others.

One crash really is too many.

Published May 17, 2012 in the Kelowna Capital News