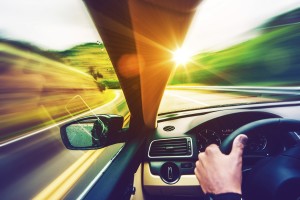 This is my fourth anniversary column. My first column: “It’s not about screwing the insurance company”, was published January 7, 2007. It all started when my good friend Lori Welbourne, then an advertising consultant with The Capital News, suggested that I submit a few sample columns to the editor for his consideration.

I had no experience as a writer, outside of demand letters and dry legal briefs, but those first drafts easily rolled off my typing fingers. As I started writing, I started getting excited. One of my passions, which likely led me into the practice of law in the first place, is fighting unfairness and injustice.

While putting together those initial column drafts, I began to realize that instead of fighting injustice on only a case-by-case, client-by-client basis, I might be able to make a wider difference. If my column was approved, I would have access to thousands of readers.

My hopeful expectation was that the more the general public is made aware of unfair tactics employed by insurance companies, the less the public will be susceptible to those tactics.

It felt like forever before the editor gave me the thumbs up and started publishing my work. Over the years, I have been clear that it’s not about nasty individuals working for insurance companies and not even about their nasty employers.

It’s the simple reality that insurance companies are profit driven entities just like every other corporation.

A corporation’s duty is to its shareholders, which means maximizing profits.

For an insurance company, that very simply means paying out as little as it can get away with for injury and other insurance claims.

I have allowed myself, from time to time, to become angry at certain insurance adjusters for employing unfair tactics, particularly with unrepresented injury victims. When that has happened, I have had to remind myself that they are just doing their jobs, and it’s up to me to speak up through my column to stop those tactics in their tracks.

From time to time, I have also taken aim at other legal issues that have grabbed my attention as requiring public education, such as when judges are publicly challenged by people who are totally ignorant about what went on in the courtroom in a particular case, or ignorant to the fact that it is a judge’s duty to apply the law that we, the people, legislate.

My message has been: If you don’t like the law, ask your MP or MLA to change it, don’t blame the judges.

Have I had an impact? I know from responding letters to the editor that I have the attention of the upper echelons of ICBC, which I suppose is a good indicator.

I also know from the fact that the entire Westside seems instantly aware when I publish columns confessing about getting a speeding ticket or about putting my winter tires on backwards that at least some people are getting my message!

It didn’t take long for me to start using the influence I have through this column to try to reduce the number of car crashes by attempting to change driving attitudes. Last week’s column was an example of that. Car crashes, and therefore car crash injuries, are preventable.

They are not inevitable.

Have I had any success in reducing car crashes? I wonder. It sure doesn’t seem like it, but I will continue to try.

You can expect more of the same over the coming year.

If there are injustices or poor driver behaviour that you would like to have highlighted in one of my columns, please send me an e-mail.

then. I wish you all the very, very best in 2011. Remember, the very best claim is no claim at all.