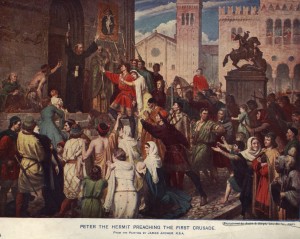 I feel like I am trying to get through a brick wall with a gummy worm.

As a weekly columnist, I expect to have a reasonable amount of influence. After all, I am published in the best read newspaper in the Central Okanagan, albeit the Westside section.

One of my key goals of writing this column is to change unfair public perceptions that can get in the way of injured victims achieving justice.

The unfair public perception that gets me riled up the most is the perception that whiplash and other injuries to the muscles, ligaments and tendons are not serious injuries.

The insurance industry is an exceedingly powerful one. Do you have any idea how many dollars are spent every year on insurance premiums? Record profits are earned by collecting more in premiums than are paid out in claims.

Injuries to the muscles, ligaments and tendons are the most common crash injuries, accounting for a huge portion of injury claims. It doesn’t take a rocket scientist to see how it might make sense to influence the public to perceive those injuries to be minor in nature. Lower compensation will be claimed by injured victims and lower compensation will be awarded by juries if cases go to trial.

I saw a car crash headline in the newspaper last week: Minor Injuries for Driver. The short write-up told about a woman who had lost control of her vehicle, crossed three lanes of traffic, and then rolled into the opposite ditch. Now that’s a crash!

The newspaper report noted that she had been taken to the hospital for treatment and later released, which I presume was the basis for the report’s assessment of her injuries as “minor.”

Perhaps she was able to walk from the wreckage. Perhaps she didn’t suffer any broken bones. The severe pain arising from the types of injuries typically suffered in car crashes does not hit you until hours after the crash, if not the next day.

It’s sort of like when you go back to the gym in January as a New Years resolution. You are motivated to work out like mad. You push it harder than you should and strain the muscles, ligaments and tendons of the areas of your body that you worked the hardest on.

It would be helpful if the pain hit you while you are working out, so that you can realize what an over zealous maniac you are being. It doesn’t, though. It hits you when you have trouble getting out of bed the next morning.

I don’t care who this super-woman might have been. I would bet my house that she has been suffering serious pain as a result of that crash.

Perhaps the severe pain will resolve over the next weeks and months and this woman will be left without a chronic condition. Perhaps, however, she will end up like most of my clients, with some degree of chronic pain that will impact her for the rest of her life.

Is that a minor injury?

A new client, a senior citizen, e-mailed me last week. She shared with me what her insurance adjuster had told her: “We get thousands of people every month in your situation—get over it and get on with things.”

This is almost two years after her crash. She is continuing to have treatment, and has described the pain of that ongoing treatment as “excruciating.”

Thousands of people, suffering very real pain but brainwashed to believe that soft tissue injuries are “minor” injuries, are influenced to settle their claims with the insurance company for far less than fair compensation.

Here’s me with my gummy worm, mashing it against the bricks, trying to break through what seems like an impenetrable public perception.

Please help me. Show compassion instead of suspicion to those who have been injured in car crashes. They may look fine on the outside, but they are suffering on the inside. Don’t buy into the insurance industry minimization of these very real and life altering injuries.