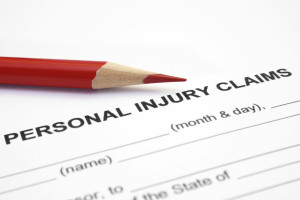 You cannot unscramble an egg. Nor can you “un–settle” a personal injury claim.

I can’t tell you how many people have expressed regret about settling a claim prematurely.  They typically lament about how young and misinformed they had been, accepting a lowball offer, essentially compensating them for a temporary injury, for an injury that turned out to be permanent.

The medical system is always optimistic about a full recovery. That optimism is often very well placed.  Many people do enjoy a complete recovery from motor vehicle collision injuries. Those people are well served by accepting fair compensation for a temporary injury and putting their legal claims behind them.

There may well be excellent progress in the early stages. Range of motion might be fully restored and symptoms significantly eased.

For whatever reason, though, a complete recovery is not achieved. Symptoms linger. Functional limitations are never fully overcome.

You cannot “take back” a settlement if you have accepted fair compensation for a temporary injury that turns out to be permanent. My advice, therefore, is always to wait.

There is no rush to settle your claim. Yes, there is an ultimate deadline, typically two years after a crash, within which a personal injury claim must be either settled or paperwork filed with the local court registry to preserve your claim. This is usually plenty of time, though, to determine whether injuries will be temporary or permanent.

I have recently been consulted by a fellow who was injured in a Summer, 2012, collision. He reported good recovery from his injuries with minimal ongoing symptoms.

I recommended that he wait at least until next summer before considering negotiating a settlement of his claim.

With such a good recovery after 3 to 4 months, the prospect of waiting another 8 to 9 months might seem excessive.

What’s the rush, though? If you have been offered fair compensation for a temporary injury, and it turns out 8 to 9 months later that indeed the injury 100% completely resolved, then you can pull the trigger on the settlement at that time.

On the other hand, if it turns out that your injury does not fully resolve, and that you are left with a permanent injury, then fair compensation is likely multiple times the amount you have been offered for a temporary injury.  You will be able to insist on that much higher fair compensation, commensurate with the much more significant impact that a permanent injury will have on you over the course of your lifetime.

Oh, and don’t worry about the insurance company giving you a deadline to accept whatever low-ball offer they have put on the table.  It’s a negotiation tactic as old as the hills that I confidently advise you to ignore.