Thank you for another year. 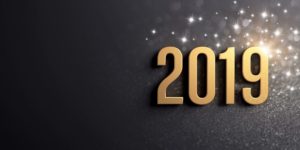 My youngest wasn’t yet walking when my first weekly column was published on January 7, 2007. He’s about to enter his teenage years as I pass my twelfth anniversary as a writer.

Ever have trouble sleeping? I’ve maintained a complete archive of my over 620 columns, which can be found here!

The Kelowna Capital News first gave me a platform: the first ten years in print and then online as of the beginning of 2017. This is my fifth anniversary with Castanet, which started carrying my column in January, 2014.

Thank you to those media organizations for the ongoing opportunity to pursue three writing passions.

One has been to shed a bright light on what is often perceived as the cloak and dagger world of ICBC and other personal injury claims. My very first column, “It’s not about screwing the insurance company,” started down that path. An ICBC claim is not about trying to pull the wool over ICBC’s eyes. Rather, the pursuit of justice is compromised by anything other than being honest and forthright. In reality, it’s avoiding getting screwed by the insurance company that’s the true challenge.

Another has been road safety. Years (now two decades) of investigating the causes of crashes, and their very long term aftermaths, has given me a unique perspective about road safety. I feel strongly that if I were able to effectively share that perspective with the driving public, driving attitudes would change and crashes would decline.

It often feels like I’m preaching in an empty cathedral. Or based on online comments, to a handful of the ignorant, rude and close minded. But from time to time I am encouraged along this path by people who have taken the time to share that my words have had an impact on their driving attitudes and behaviours.

My third writing passion comes up from time to time in an attempt to correct public misunderstandings about areas of the law that come up from time to time. The law is a curious beast when you don’t understand it!  A classic example is blaming particular judges for sentencing outcomes, when they are simply applying the laws we have tasked them to apply, to facts that came out in a courtroom and cannot possibly be nutshelled effectively in the media.

I am particularly satisfied when I come across topics like the new alcohol screening powers that cover more than one of my writing passions, in that case road safety as well as helping understand how the law works.

You might think after having written hundreds of columns that I’d get more efficient over time. That’s not the case! I continue to take about three hours conceiving of and writing about each column topic.

Thank you to my wife, Terri, and my children who have tolerated those hours that exceed 150 per year. Over my twelve year writing history, the cumulated hours I’ve spent would take 90 per cent of a full time (40 hours per week) year of writing.

I have a small editorial panel that generously gives their time to read and comment on my drafts. My father Al, age 83, has been catching my grammatical errors since the beginning. Along with Al and my wife, Terri, are two good friends: Jess and Sara-Jane. Thank you.

And I am grateful to you, for taking an interest in what I have to say. Without interested readers, my column wouldn’t be published.

I wonder if you might consider sending me an e-mail, from time to time, with topics you would like me to write about? And I am always interested in feedback. I would absolutely love to hear from you.

Wishing everyone the very best that 2019 has to offer.